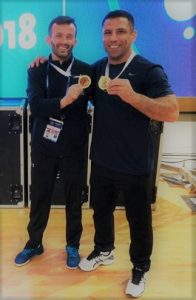 Also representing GBR in the World Championships were Stuart McKay and Bruce Irwin, both in Category D (51-55 yrs old).

Said Barry Pollin, Team Leader, “Vio displayed the heart of a lion, wrestling through injury and Mo’s skill & speed showed through in many matches.”

Due credit should be given to the members of the GBR Team who all self-funded themselves to travel to, and participate in, this tournament as it attracts no Performance or Development funding from UK Sport, Sport England or the British Wrestling Association.

On claiming victory, Viorel sank to his knees.

Mohammadali claimed victory in a final that had many pauses for the medics to attend to USA’s James, but Mohammadali maintained his concentration. 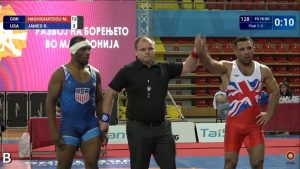 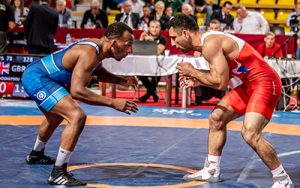 Earlier action was captured on the USA Wrestling website… 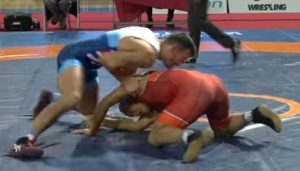 …and action also on the UWW web streaming service 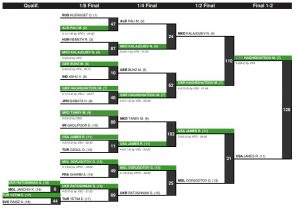 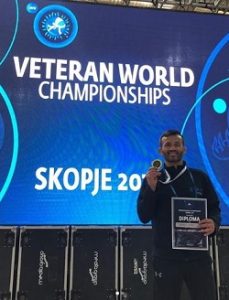 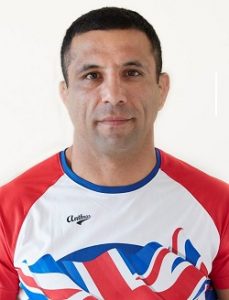 Commenting after the event, Viorel said: “Having sustained an eye injury in the earlier rounds, I knew I had to be completely focused during the final.

My opponent fought extremely hard, so I needed to be very tactically aware, as well as being physically prepared.

I am delighted to take home the gold medal for Great Britain after coming so close in 2017. My hope is that this achievement will inspire others to give wrestling a try – it truly is a fantastic sport.”