2015 Competition Season off to a cracking start 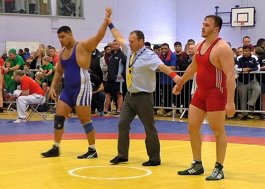 The 2015 competition season got off to a cracking start with a record entry of competitors at the English Senior & Junior Championships, staged in Bolton at Smithills Sport Centre on Saturday 7th March.

225 competitors spread across 54 weight classes took to the mat in 280 bouts, the youngest competitors aged 8yrs old. The largest competition entry for many years was successfully managed by the on-line entry system that has become the norm across British Wrestling Association sanctioned events. 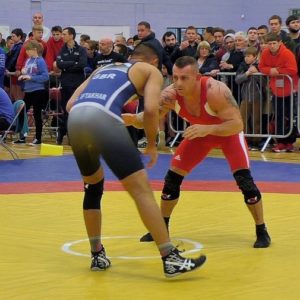 The large numbers required 3 mats in action all day and a record number of awards in the ceremony at the end of the day. Full credit and thanks to the group of Referees and mat officials who enabled the event to take place smoothly.

Thanks to a weigh-in the previous evening, the pairing team were able to set up the matches and wrestling started on time at 9am with travellers from far afield not having to wait too late to return home. 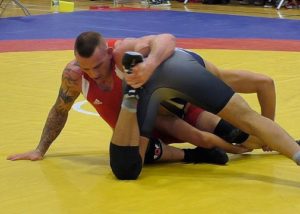 Said Neil Hart, of Bolton Sport and Active Living, “It is great that the Bolton Development Group worked as a collective and superb that over 200 competitors, with their supporters, came to Bolton.”

Neil continued, “Bolton Sport and Active Living would like to thank all its volunteers and the volunteers from the clubs for their hard work in making the event possible and such a success.”

Bolton’s Mayor, Councillor Martin Donaghy and Mayoress Jacqueline Tracey, attended the competition during the morning and commented on the impressive scale of the event. 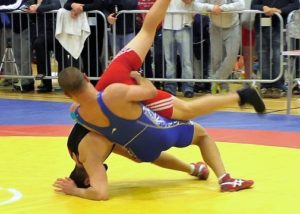 Together, the clubs and local authority mobilised an army of volunteers on the day to manage the large number of spectators and all the other ancillary activities required for a successful competition. Bolton University contributed Sports Physiotherapists to the occasion.

It was commented that the standard of wrestling appeared higher than in previous years, perhaps a result of the implementation of the UK Coaching Certificate across clubs (with 80 coaches now certificated across the UK,) and the new Talent Pathway with Regional squads now in place. 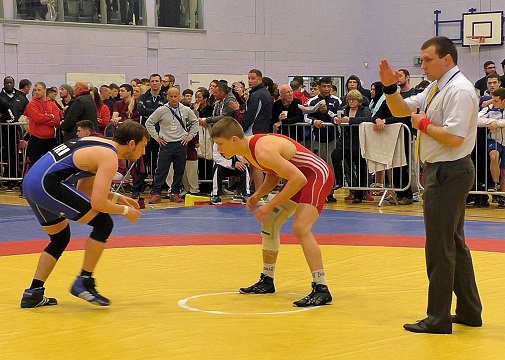