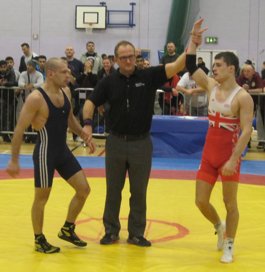 220 entries, including those overseas from Eire, Malta and Holland, ensured that three mats were kept occupied all day.

Thanks to Tournament Official in Charge, Richard Phillips, and all the Referees and officials that enabled this to happen. Thanks also to the various medical staff who attended to the few injuries promptly and professionally. 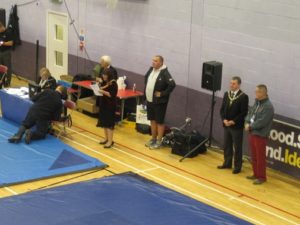 Around 300 bouts completed, after a prompt 9am start, in time for the good hosts, Smithills Leisure Centre to be clear by 6pm.

The 9 o’clock start was enabled by having weighing-in the previous evening with Yvonne and Ellen Morris Ball each taking a share of the weigh-in cards – and Ellen working through to 1:30am to complete the bout sheets! 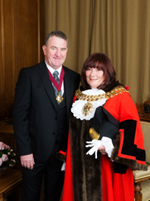 The tournament opened with a heartfelt speech by Mayor of Bolton, Councillor Lynda Byrne (link).

Cllr Byrne and her Consort John Byrne stayed for much of the morning, for which Wrestling is grateful, as they had a particularly heavy schedule, it being Remembrance Weekend.

In a great piece of history, roles were reversed, as Cllr Byrne was accompanied by her husband, John, who had himself been Mayor of Bolton in 2010-11. Cllr John Byrne opened Wrestling’s British Juniors held at Bolton Arena back in October 2010, whilst accompanied by his wife and Consort Lynda. 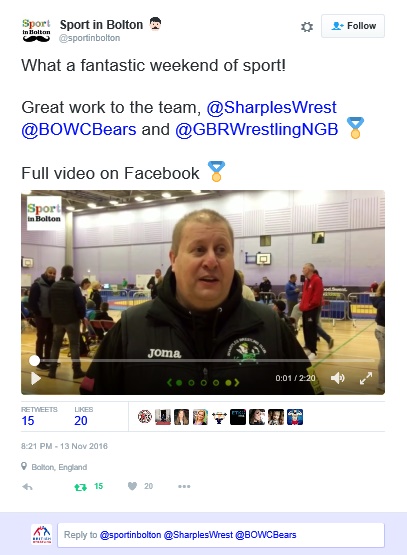 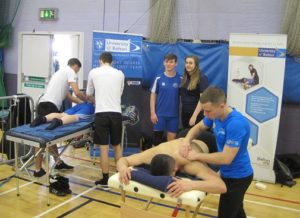 Sponsors Nissan Bolton (link) and AirVault (link) were in attendance and Bolton University’s (link) sport rehab students assisted with pre- and post-competition massage, pro-bono.  Their service was used by many grateful wrestlers.

It is hoped that there will be a furthering of a British Wrestling Association – Bolton University Sport partnership after this promising start. Further discussions on this topic were held during the tournament.

Thanks also, to all the volunteers of Bolton Development Group and Bolton Council (particularly Neil Hart, Senior Sports Development Officer, Sport & Active Living Service (link) and his team of volunteers) who worked so hard to make the tournament a success.

The tournament was a specified competition in many Home Nations’ Gold Coast 2018 Commonwealth Games Selection Policies and amongst the invited VIPs were Commonwealth Games England’s Director of Sport as well as their Board Director with Wrestling within his sports’ portfolio. 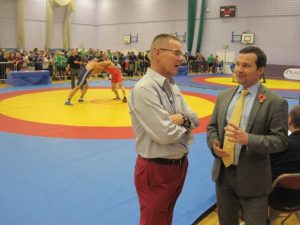 Chris Green, MP for Bolton West attended and voiced his respect for the wrestlers on the mat. All visitors saw a professionally run event that ran to time!
Medals were presented by Jem Lawson, British Wrestling Association Chair) and Colin Nicholson (Chief Executive) 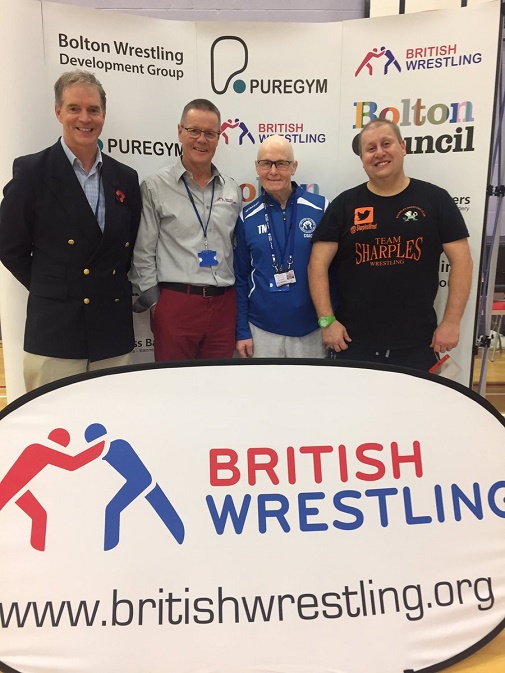 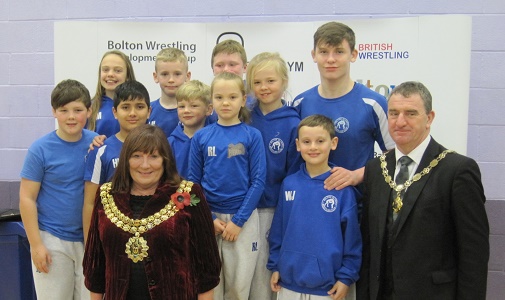 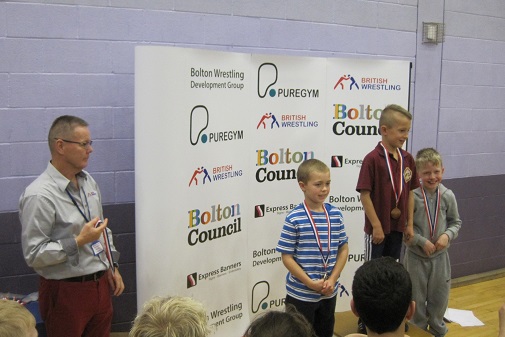 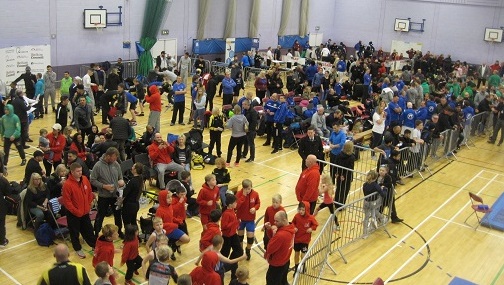