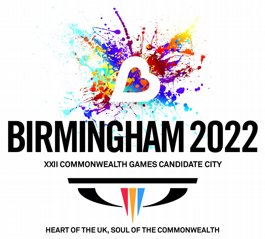 Preparations are now taking place to welcome home the England Gold Coast athletes and mark the start of the road to the Commonwealth Commonwealth Games in Birmingham in 2022 (link).

Birmingham will take advantage of the “Official England Homecoming” by being hosts to the parade in the city and taking the opportunity to showcase all the sports that will be on the Birmingham 2022 Programme.

Birmingham will host a spectacular open-air “Homecoming” celebration for Team England’s stars of the 2018 Commonwealth Games in Victoria Square, Birmingham on Saturday, 21 April 2018.

The free public party follows the official handover of the Games’ baton to Birmingham, which will stage the global sporting extravaganza in 2022.

A host of Team England’s athletes from the Gold Coast are expected to attend the event, which starts at midday and runs till 5pm, outside the Council House. The public will get a chance to see the stars, who will also attend a special civic reception.

Inspired by the sporting feats performed in Australia, local people of all ages will get a chance to try a range of “have-a-go” taster sessions, staged by Sport Birmingham, in Victoria Square and adjoining New Street. The wide-range of activities will include basketball, boxing, gymnastics, wrestling, judo, cycling, rugby 7s – and, of course, netball.