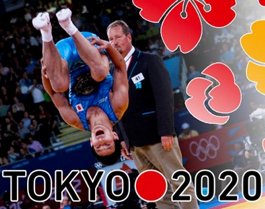 Earlier in the day, IOC Session members overwhelmingly approved a recommendation by their IOC Executive Board to retain the 25 sports already on the programme.  So, together with Golf and Rugby Sevens, (added to the programme in a vote back in 2009,) Wrestling completes the full programme of 28 sports that will participate in Rio 2016 and Tokyo 2020. 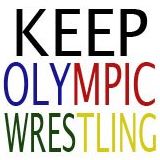 Wrestling becomes a sport renewed, no longer an old sport, but a phoenix, rising again, reinvigorated and changed but with a proud heritage and looking to the future with pride.

Said IOC President Jacques Rogge. “Wrestling has shown great passion and resilience in the last few months. They have taken a number of steps to modernise and improve their sport, including the addition of more women and athletes in decision-making positions; rule changes to make the sport more exciting and easy to understand; and an increase in the number of women’s competitions. We are pleased with their reaction and happy to have wrestling on the Olympic programme in 2020 and 2024.”

Leon Rattigan, a GB athlete from Bristol, 96kg said, “I am so pleased that the pinnacle competition to which we all aspire is saved. Wrestlers across the world continue to have something to work for. They earned this by getting-together the world-over to campaign for Wrestling.” 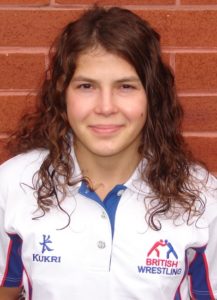 Yana Rattigan, a 48kg GB athlete and currently 5th in FILA World Rankings said “This a great result for Wrestling and I would like to play my part implementing their recent changes by standing as a candidate for FILA’s new Athlete’s Commission”

Colin Nicholson, Chief Executive, said “I am absolutely delighted with the news. Wrestling’s International Federation responded quickly to the February jolt given by the IOC with forward-looking and well-communicated changes. Wrestling deserved this result with even the USA, Russia and Iran standing together to support inclusion.”

Colin continued, “In Britain we will now re-focus on growing participation in this Olympic sport and build on the legacy of 2012. The hard work of putting in the foundations for growth can now pay off. I thank the British public for their overwhelming support for this most traditional, but now acknowledged as forward-looking, sport.”

Lisa Nandy MP, Sport England Sports Fellow for Wrestling, said “I am very pleased with this news as the young athletes in my Wigan constituency, and across the UK, can continue to cherish their Olympic ambition and work towards representing Team GB in the pinnacle of Wrestling at the Tokyo 2020 Olympic Games.”

Presentations and question and answer sessions on those foundations for growth (a new Coaching Programme, Athlete Awards and Talent Pathway) will take place for members of the British Wrestling Association on 28th September (link) at the British Wrestling Academy in Salford and in London on 12th October near Euston Station (link).  There will also be practical sessions on “How to Grow Your Club”

For potential new members, click [Find a Club] for your nearest club