At 4:45p.m. (UK time) today, Sunday 8th September 2013,  the 125th IOC Session will take an historic vote.
Which sport, between Wrestling, Squash and Baseball-Softball, will be granted a place on the Olympic programme in Tokyo 2020 and also in 2024.

105 IOC members will vote in a secret ballot in Buenos Aries, Argentina. 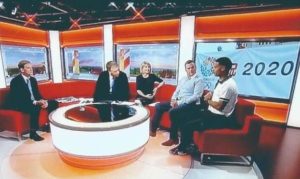 Key to Wrestling’s case are many recent significant changes that the International Federation (FILA) has made to propel the sport into the 21st century.
The changes take Wrestling modernisation beyond that of some other sports.

It is just six months since the “wake-up call” given by the IOC’s Executive Board last February when Wrestling learnt of a shock recommendation to remove Wrestling from the Olympic programme.
Wrestling has been in every Olympic Games with the exception of 1900, and was one of the founding sports along with athletics.  Records of competitions date back more than 2,500 years ago to 776B.C.

The key changes are: –

Wrestling has strong hopes that it will be on Tokyo’s 2020 Programme.  It would be fitting – as Japan won three out of the four Gold medals available at London 2012 (link to Wikipedia).