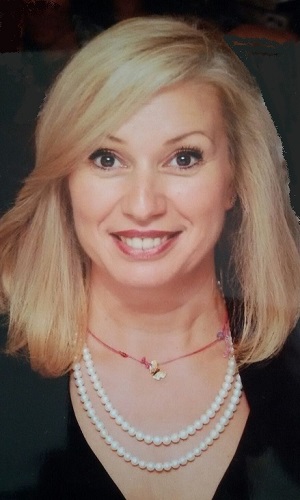 From 8th July there is a new member of staff at British Wrestling, Theodora Finitsi, in a new role of Office Manager.

This new role was created by the Board following discussions which prioritised where new funding would make most impact to delivering the objectives of British Wrestling.  The Board identified that there could be better service to the membership and British Wrestling’s partners if the routine operations of British Wrestling, could be managed by an Office Manager so that the time of the Chief Executive and Operations/Academy Manager could be freed up for more strategic activity.

Resourcing an extra headcount for British Wrestling was made possible with the support of a significant local business sponsor.

Further information about what correspondence to address directly to Theodora will be circulated in due course.  In the meantime, those writing to operations@britishwrestling.org should continue to do so and will be advised on diverting to admin@britishwrestling.org on a case by case basis.

Theodora is a very experienced professional in Business Administration. She has been working as a PA to high level executives for 12 years and as an Office Manager and external advisor in big firms for 8 years.

During the course of her employment, she developed and improved her skill sets and knowledge base with a strong awareness of detail, quality and accuracy. She enjoys working in a challenging environment, openly and honestly as a member of a team.

Theodora is also committed to safeguarding and promoting the welfare of children and young people, using discretion while maintaining confidentiality. This commitment is demonstrated in the work she does at the NSPCC as a ChildLine volunteer.

Theodora will be located at The British Wrestling Academy can be contacted on the Academy Landline 0161 835 2112 and on the traditional e-mail admin@britishwrestling.org