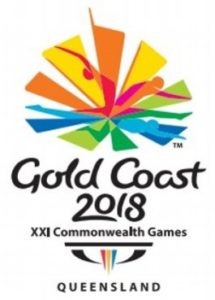 The Gold Coast, on Australia’s east coast, just south of Brisbane, is host to the XXI Commonwealth Games.  It will be the fifth time Australia has staged the Games, and the very first time it will be held in a regional Australian city.
Located just north of the Queensland/New South Wales border, and about 66 kilometres south of Brisbane, the Gold Coast is a coastal city with a population of around 640,000 people. It is the sixth-largest city in Australia (the largest non-capital city) and the second largest in Queensland (after Brisbane).
The Gold Coast is renowned for its relaxed lifestyle, magnificent coastline, soaring skyline and world heritage listed rainforests.
There will be 15,000 passionate and friendly volunteers, a spectacle of 23 sports/disciplines (including para-sports) will be contested and broadcast to a cumulative global audience of 1.5 billion
The slogan for the Gold Coast 2018 Commonwealth Games is ‘Share the Dream’ and the mascot is a blue, surfing koala named Borobi!
Dates: 4-15 April 2018
The sports to be contested in 2018 include:

Wrestling will be contested on 12/13/14 April 2018 at the Carrara Sports and Leisure Centre
Whilst Rugby Sevens and Boxing are Commonwealth Games compulsory sports, the inclusion of the women’s competition was at the discretion of the Organising Corporation and required the approval of the CGF