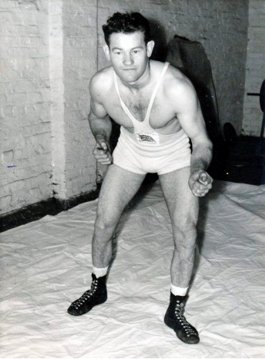 Herbie had a glittering career in wrestling and toured the world. He was a member of Bolton United Harriers and Bolton Olympic Wrestling Club for many, many years and was named in the Guinness Book of Records as featherweight champion of England during his heyday in the 1950s.  He held 10 British Championship Titles.