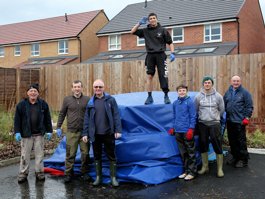 Kind-hearted volunteers gathered to drive out the receding waters from the Academy.  The team swung into action on Monday 28th December, once the initial levels had gone down.

On Saturday 26th December, the River Irwell burst its banks and wide areas of Lower Broughton were flooded.  The last major flooding event in Salford was in 1946. There was overtopping of the Irwell flood defences in 1954 and 1980 so nothing like this has happened since the Academy was built in 1986. 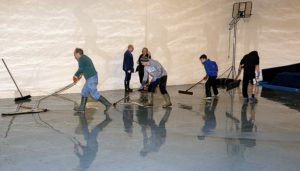 The new houses, recently built on ground around the Academy were just high enough not to be affected, but the Mocha Parade and its shops were severely affected and the Academy flooded to a depth of 10 or so bricks.

All the flooring has been affected – the main gym area, conference room, changing areas and toilets. The building contents were also affected with the mats soaked.

The property is insured for flood and British Wrestling is in contact with its insurers to get their Loss Adjuster on site to assess the way forward.

British Wrestling would like to take this opportunity to thank the volunteers who stepped forward at short notice to help with the clear out.

Said Yvonne, “thank you for all your hard work today. It was unbelievable the amount of water that came from the mats themselves and everyone did brilliantly to move them with the weight they were!!” 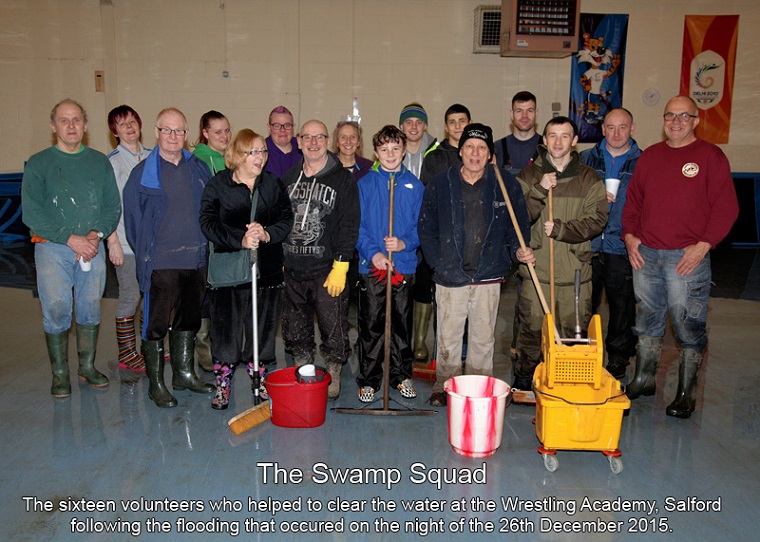