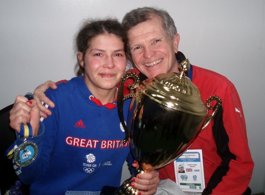 Today there has been the release of a “Manifesto” on behalf of 11 Olympic sports, currently unfunded by UK Sport. The request – that UK Sport reconsiders its current funding formula which is resulting in fewer sports being funded each Olympic cycle.

British Wrestling has been consulted about the Manifesto and is one of the 11 signature sports (see end of news item for list).
The theme of the Manifesto is that UK Sport’s current “no-compromise” strategy of medals-only funding will have the effect of ruling out more and more sports out over time. 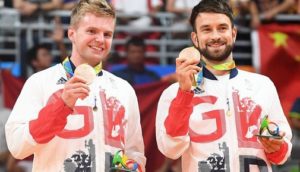 Indeed, Badminton and Table Tennis achieved their UK Sport performance goals set for Rio 2016, have future medal potential, but have had their Tokyo 2020 funding completely removed. This, in spite of two Badminton players becoming at Rio, the first ever British athletes to win an Olympic Men’s Doubles medal.

As a group, the 11 National Governing Bodies (NGBs) of sport came together to call for a new approach to the investment into Olympic and Paralympic sport.

In the first instance, they called for Dame Katherine Grainger, the incoming Chair of UK Sport, to instigate an urgent, thorough review of UK Sport’s objectives. At the heart of a revised purpose should be a celebration of Olympism and Paralympism as ends in themselves.

The Manifesto has been made available to UK Sport, the Sports Minister, DCMS, Sport England, EIS, the BOA and the BPA.

The 11 sports are very clear that the objective remains about winning medals and the pursuit of excellence. But it is also about how as a nation we win them and what constitutes excellence.

Providing opportunities for elite British athletes in all relevant sports to compete in the Olympics and Paralympics need not run counter to the pursuit of medals, and will make the nation even prouder of TeamGB’s and ParaGB’s triumphs.

As Wrestling knows, only too well, athletes in a sport deprived of Lottery funding will find it almost impossible to qualify for the Olympics
Even athletes with recognised medal potential, made possible through Lottery funding, have been completely abandoned by the system. Athletes joining Olympic sports through increased opportunities provided by NGBs with Sport England funding, can look ahead in those 11 sports unfunded by UK Sport and see that there is no top-level structure in place to enable them to reach their Olympic potential in that sport.

NGBs have been deprived of funding to support British teams’ and athletes’ training programmes, sport science and sports medicine programmes and international competitions, and to represent their interests with International Federations.

The signatory NGBs have called upon Dame Katherine Grainger to recognise the dangers inherent in the current direction of travel, and to enter into debate with governing bodies about the basis on which National Lottery funding should now be allocated to sports. 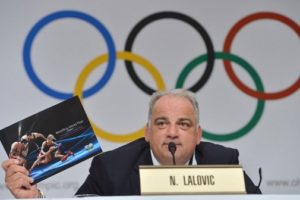 UK Sport should recognise that medal targets alone should not be the sole criteria for its funding, that it has a responsibility to ensure that all our Olympic and Paralympic athletes are encouraged to achieve their potential and that a system of development opportunities should be there for all of them.
The NGBs believe that UK Sport should adopt a revised investment model that embraces EVERY Olympic and Paralympic sport, with a tiered support structure:

Rather than asking for more public funding, or for even a penny to be removed from the currently funded sports, the NGBs believe that this new approach is readily affordable from economies within UK Sport’s existing support costs such as international influence strategies, major events programmes and from the growing budgets allocated to the English Institute of Sport.
Also, sports should aim to contribute by raising funds from their own sources where feasible.
It is hope that a reasoned public debate can ensue in time for funding changes to be made in time for athletes currently unlikely to get to Tokyo.
Signatory Sports:
Archery GB
Badminton England
BaseballSoftballUK
British Basketball
British Fencing
British Handball
British Volleyball
British Weightlifting
British Wrestling
GB Wheelchair Rugby
Table Tennis England