The Chair and Directors of the British Wrestling Association (BWA) are pleased to announce the appointment of a new Chief Executive and Independent Non-Executive Director (Finance Portfolio). 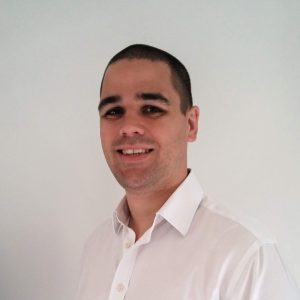 Craig Anthony joins the BWA after spending the past 5 years with British Orienteering leading their development team to deliver significant growth in participation, and in the final two years also managing the talent and performance programme that has won World and European medals at junior and senior level. Before joining orienteering, Craig’s career has included time working for GreaterSport and a local culture trust where he worked with national governing bodies and sports clubs including the BWA and our clubs in the Greater Manchester area.

Craig said “It is an honour and a privilege to take on the role of leading British Wrestling as Chief Executive. I am very excited about the opportunity to take the organisation forward, with our members, partners and the wider wrestling family, into this new chapter for the sport in this country.”

“I strongly believe that sport has the power to change people’s lives and feel wrestling is uniquely positioned to do just that. I look forward to working with you all to grow wrestling and delivering success on the international stage “

“I’ve met and worked with Colin throughout my career so far. I’d like to thank him for his support as I move into the role and wish him all the best for the future.”

Said BWA Chair, Jem Lawson, “After a rigorous process of recruitment, I’m delighted that Craig will join British Wrestling as the next Chief Executive.  Craig comes with a deep knowledge and wide experience of the Sports sector and is well placed to lead Wrestling to another level.  There is excitement at the prospect of wrestling achieving a higher profile, both in terms of participation as well as performance, but also consolidating its position as a well-run organisation.

In welcoming Craig, I must pay tribute to the immense contribution Colin has made to the Sport in his ten years or so of leadership.  He has introduced significant development; stability has been maintained and challenges have been met with resolve and innovative solutions.  Wrestling has over-achieved in terms of its size and resources, a fact largely down to Colin.” 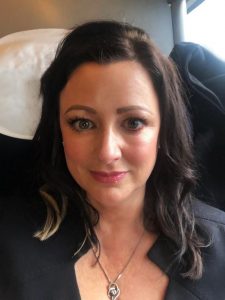 Jenny Linney joins the BWA as an Independent Director with extensive experience in Finance and Operations.   Jenny is a Chartered Accountant, qualifying with PwC in 2000 and has worked in leadership roles in finance, operations and sales across a wide range of industry sectors.  She is currently a Director for a number of businesses for the Credico Group, and has an executive role as Credico’s Global Chief Finance Officer.

Jenny said “I am really pleased to have the opportunity to become involved with the journey British Wrestling is on to continue to grow the sport.  I benefited from the physical and social aspects being part of swimming, sailing and hockey clubs when I was growing up, and continue to play hockey, so am delighted to be able to contribute something back to sport.”

Said Jem, “I’m delighted to welcome Jenny to the Board of British Wrestling.  She will be an Independent Non-Executive Director (INED) whose area of professional expertise is finance, but she brings much more besides from a wide experience in business and commerce.  She retains a deep involvement in sport as a participant and a club office holder.  She will be a real asset.’