Another step on the path to Gold Coast

A total of 24 athletes attended the session and were subjected to a rigorous training programme put together by England National Coach Anatolii Kharytoniuk and agreed with England Team Leader Eddy Kavanagh.  Eric Ciake, England Talent Pathway Lead, attended the session. 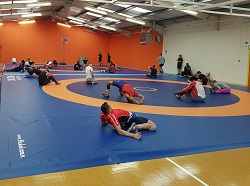 The number of athletes, a tribute to the “summoning of the clans” via social media and other channels by Assistant Team Leader Jatinder Rakhra, enabled good matching of training partners in most weight categories.

Ensuring adequate training partners will be one of the challenges that the Leadership Team will continue to address in coming sessions. 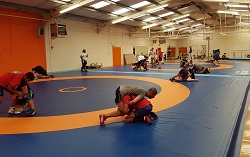 The squad also welcomed members from the Manchester Y-Club.

Eddy Kavanagh used the session to hand out copies of the draft Gold Coast England Wrestling Selection Policy and draft Athletes Agreement – for comment athletes by 30th September 2016.
Discussions about the documents highlighted the importance of teamship and good two-way communications between athletes and Team Leader. 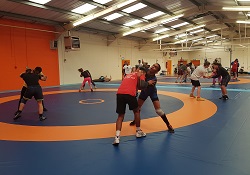 To date, these documents have been circulated and received input from The British Athletes Commission, Sports Resolutions UK and The UK Anti-Doping Agency.