Ben wrestled Yauheni Pinchuk (BLR) in the 1/8 Final but was defeated by technical superiority 10-0 in the second round.
Yauheni Pinchuk next defeated Csaba Ubornyak (HUN) in the Quarterfinal but was himself defeated in the Semifinal by Anil Berkan Kilicsallayan (TUR) so Ben did not progress. Yauheni Pinchuk went on to achieve Bronze.
Ben Pollin was accompanied by Coach Barry Pollin. 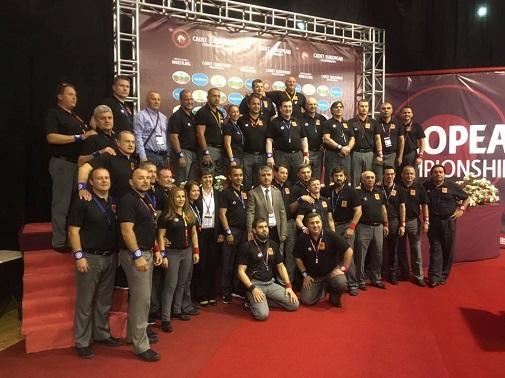 Also present at the tournament was Richard Phillips, who was taking part in a UWW Type 3 upgrading course in the hope of being upgraded to Category 1.
National Talent Squad Training, Kiev – prior to the Championships
Prior to the European Cadets, Ben Pollin took part in the National Talent Squad annual training camp, this year, in Kiev. 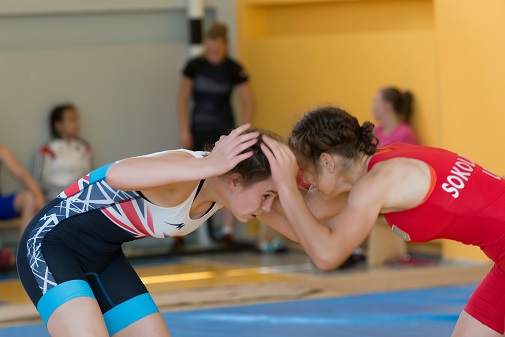 Along with Ben there were six other athletes:
Kelsey Barnes
James Smith
Malachy O’Rourke
Harvey Ridings
Sean Thorpe
Lewis Brown.
The camp was also attended by Coach Barry Pollin and Safeguarding Officer Lesley Kay.  Additional coaching and local support was given by Oksana Rakhra.
Anatolii Kharytoniuk would normally have attended both the camp and the European Cadets as the coach, but this was not possible due to the need to renew (carried out successfully) his visa, which unavoidably took place during this period.  The coaching role was offered out to Regional Coaches but without success, due to work/time constraints 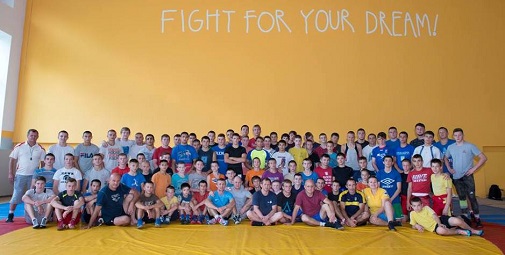