BOA Athlete of the Year 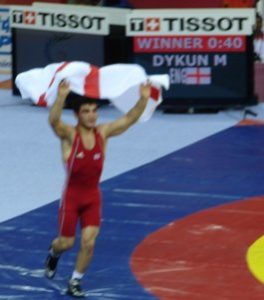 The British Olympic Association (BOA) announced the list of recipients of the 2010 Olympic Athlete of the Year trophy, with Myroslav Dykun winning for Wrestling…

The award was introduced in 2005, to mark the BOA’s Centenary Year and the success of London being awarded the 2012 Olympic Games. The BOA presented a trophy to each of the 33 summer and winter Olympic sports for them to award on an annual basis to their top performing athlete of the year.

At the Delhi 2010 Commonwealth Games it took something special for England to win their first wrestling gold since 1986 – and that feat was achieved by Myroslav Dykun on day three in the 66kg Greco-Roman event. He beat the favourite 5-0.
This was an exceptional performance on the field of play as Myroslav had transferred, earlier in the year, from the Olympic Freestyle discipline to the Olympic Greco-Roman discipline following an analysis of his skills and abilities. 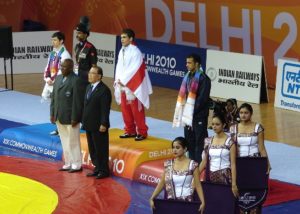 The move proved highly successful, nobody scored a point against Myroslav, and will be developed further as Myroslav possesses great potential within this discipline.

Myroslav has demonstrated the Olympic values of friendship, excellence and respect during 2010 and he has realistic potential to compete for Team GB in London 2012 and deliver a creditable, and indeed significant, performance.