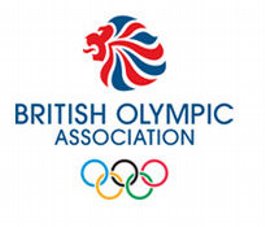 Leon Rattigan is wrestling’s representative in the British Olympic Association’s list of recipients of the 2009 Olympic Athlete of the Year trophy.

Leon, who came agonisingly close to competing for a medal at the World Championships in Denmark earlier in the year, has continued his encouraging progress, as he works towards next year’s Commonwealth Games, and the London Olympics in 2012.

The BOA award was introduced in 2005, to mark the organisation’s Centenary Year, and the success of London being awarded the 2012 Olympic Games. The BOA presents a trophy to each of the 33 summer and winter Olympic sports for them to award on an annual basis to their top performing athlete of the year.

“I am really pleased for Leon,” said Wrestling GB Performance Director Shaun Morley. “He’s done really well this year, and did himself proud at the world championships. It was only an outrageous decision that went against him that stopped his progress in the tournament, and he has great prospects.”

Among other athletes to be honoured by the BOA include triple jump world champion Phillips Idowu, gymnast Beth Tweddle, and skier Chemmy Alcott.

Said BOA Chief Executive Andy Hunt: “Following on from the unprecedented success of Team GB at the Beijing 2008 Olympic Games, 2009 has seen athletes from many of our Olympic sports raise the bar even higher.

“The award of the Olympic Athlete of the Year trophy recognises the quality, focus and commitment of athletes who represent the very best of British talent in their respective Olympic sports.

“I wish all the BOA Olympic Athlete of the Year award winners the very best as they continue their preparations for Vancouver, London and beyond.”