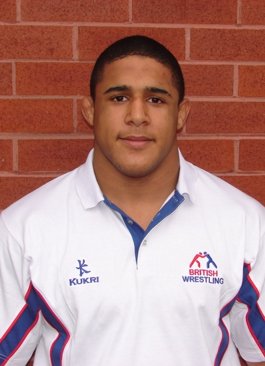 Leon Rattigan has been announced as the 2013 British Olympic Association (BOA) Athlete of the Year for Wrestling.

The BOA announced today the list of 35 athletes, across 31 sports, who are being honoured as the 2013 Olympic Athlete of the Year in their respective sport – selected athletes are deserving of recognition for their outstanding performances in 2013.

After narrowly missing out on a Team GB place at London 2012, Leon has re-dedicated himself to the Wrestling cause. Leon is in training for July 2014’s Commonwealth Games in Glasgow.

The Olympic Athlete of the Year Award was introduced by the BOA in 2005 to mark the organisation’s Centenary Anniversary. The BOA invites each of its summer and winter Olympic-sport National Governing Bodies to nominate the top-performing athlete from their sport to receive the honour. 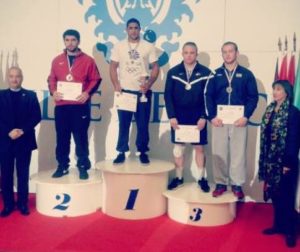 In his most recent tournament, the 39th Henri Deglane Tournament, Nice, France, Leon won Gold in the 96kg category (link)

The England Team Leader for Wrestling at the upcoming 2014 Commonwealth Games in Glasgow, Shaun Morley, said “Leon’s gold medal in Nice was a fantastic result against world class opposition. 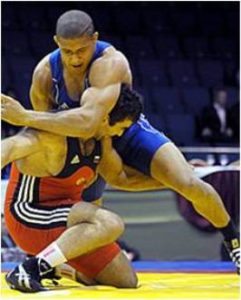 “Overcoming the current World Junior Champion at 96kg on his way to the gold medal marked a real milestone in Leon’s preparation for next summer’s Commonwealth Games and clearly demonstrates that Leon is not just a medal prospect but a genuine gold medal prospect for the Games.”

Leon overcame opposition from USA, Canada, Georgia and Romania on the way to his win.

The new Chair of British Wrestling, Cary Depel said “Leon is an outstanding athlete who, despite lack of funding, has produced world class performances and the expectation is that his efforts will pay off at the Commonwealth Games.”

British Wrestling’s acting-Performance Director Malcolm Morley said the award was well deserved following Leon’s successful return to Wrestling.
As part of its campaign for reinstatement to the 2020 and 2024 Olympics, FILA introduced new rules.  It appears that Leon’s style is well suited to these new rules.