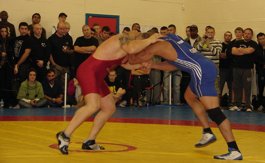 96 competitors, including 17 females, took part in the 2009 British Senior Championships held at the Wrestling Academy, Salford on Saturday 31 October.  This was a significant increase on previous years and a clear indication that British Wrestling is going in the right direction.

There were some very close matches, particularly in the men’s section, where the technical expertise was of a very high standard.  Regular British international team members did not have it all their own way and that is very encouraging for the future of British Wrestling. 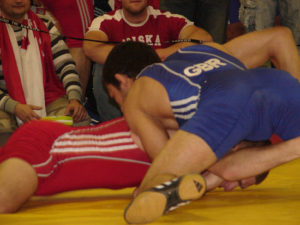 For the first time British Wrestling gave wrestlers from a particular Nation or Region the opportunity to weigh-in within their own Nation or Region.  The response to this was, in the main, very positive – it is something that will be reviewed and maybe developed further for future competitions.

The Championships also gave British Wrestling the opportunity to test some of the latest technology in terms of competition system and method.  This technology is used by FILA at all international events and it will be used at our own international tournament, the GB Cup, to be held in Sheffield on 16/17 July 2010. 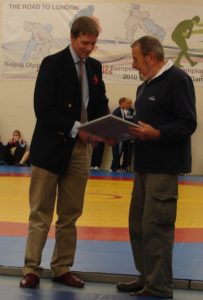 During the Championships an Honorary Lifetime Membership Award was presented by British Wrestling’s Chief Executive, Colin Nicholson, to our President, Mr Edward Hurdle (Ted) in recognition of his outstanding contribution and dedicated service to the British Wrestling Association over many years.  Ted will best be remembered for his achievements as an international official where he gained FILA Exceptionale status and was selected on 3 separate occasions as the FILA delegate in charge of 3 international competitions Paris, Stockholm and Arnhem.   I am sure we all wish Ted the very best for the future.

My thanks to all the competitors, officials and volunteers who helped to make the day a huge success and an enjoyable experience for all. 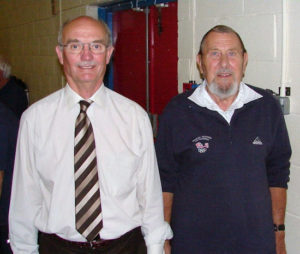 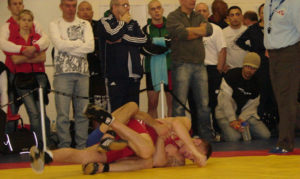