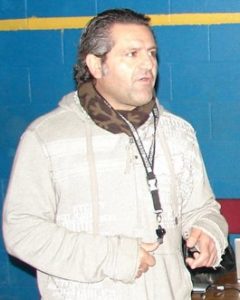 The newly formed grappling committee hosted its first tournament according to the FILA rules in Nailsea, Bristol on 29 January 2011.  It was preceded by an international referees’ course led by Mr Larry Papadopoulos (AUS), FILA Instructor and member of the World Grappling & Pankration Committee, (pictured).

The coming together with the British Wrestling Association as National Governing Body was agreed in outline at a meeting on 14th December, with the leading representatives of Grappling, Pankration, Combat Grappling/other styles at the Academy, Manchester. 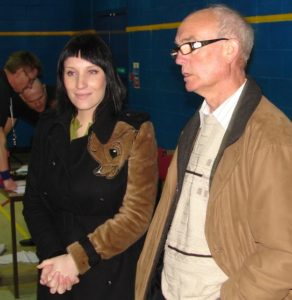 This move is aligned with FILA’s policy of NGBs taking these other disciplines under their wings.

Naming is to be as follows
• FILA Grappling (to emphasise the official nature of the group and a converging of the various groups/rules onto the single FILA standard
• FILA Combat as an umbrella group for Pankration, Combat Grappling, Belt Wrestling & etc.

The interests of FILA Grappling and FILA Combat are mostly separate and thus their separate committees can meet independently under the umbrella of the British Wrestling Association.
However, as there are some cross-overs of need, joint meetings of their committees will be required to remain aligned. 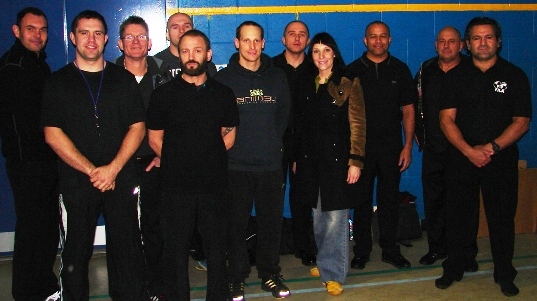 The next tournament will be on 10th April 2011, also in Nailsea and is the European Qualification Event.