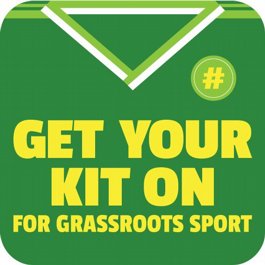 British Wrestling is backing the #GetYourKitOn campaign that supports grassroots sport ahead of the Government’s Comprehensive Spending Review on 25 November.

The #GetYourKitOn campaign, supported by sports organisations across the country, is encouraging as many people as possible to tell George Osborne how much they value grassroots sport before he decides whether to cut up to 40% of grassroot sport’s taxpayer funding.

You can spread the word of your support for the campaign by sharing photos of you in your sports kit with the hashtag #GetYourKitOn. 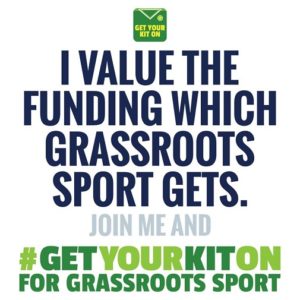 Emma Boggis, Chief Executive of the Sport and Recreation Alliance, the umbrella body for sports organisations, says the campaign needs as many supporters as possible if it is to succeed.

“We understand difficult decisions have to be made but cuts of this size would have serious repercussions for grassroots sport. So we are calling for everyone who plays or who has children who play grassroots sport to spend 60 seconds contacting the Chancellor to tell them how much they value our grassroots sport.”

As part of the campaign, supporters are being asked to visit www.GetYourKitOn.team and post a message directly to the inbox of George Osborne, asking him to protect funding for grassroots sport.

Emma Boggis said: “The #GetYourKitOn campaign is a fantastic way to show the strength of feeling and passion that keeps grassroots sport functioning in the country, but we need you to act quickly. These decisions are already being made and unless we tell George Osborne that we are united in our support for our community clubs and sports, sport stands to lose out.”