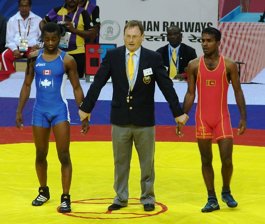 Days five and six will be male freestyle wrestling with the hope of returning to medal winning ways. 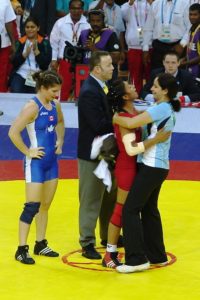 Scotland’s referee Victor Keelan was privileged to referee a gold medal match and had to deal with the winner’s physio coming on to the mat before he could declare the winner.

England’s Dave Sudron refereed another gold medal match and had to manage a protest by India, which was not upheld, which led to Nigeria breaking India’s grip on gold medals for the day.