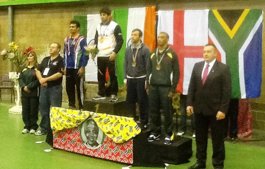 Sasha Madyarchyk and Philip Roberts, both members of British Wrestling’s World Class Performance Programme in the run up to the London 2012 Olympics, achieved Bronze Medals for England at yesterday’s Commonwealth Championships in Johannesburg. 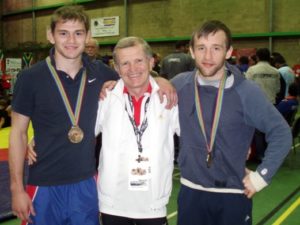 Sasha (right) achieved his Bronze in the 55kg category and Philip (left) in the 60kg category.

Their coach is Anatolii Kharytoniuk (centre,) the England National Coach
Wrestlers from England, Scotland and Wales attended the event with Ross McFarlane and Craig McDonald gaining 5th and 6th placings in the 5okg category.

Meanwhile, India took a commanding postition with Gold medals across all weght categories. In addition to the Golds, India picked up 4x Silvers and 3x Bronze.
Organised by the South African Wrestling Federation, wrestlers will be attending from across the Commonwealth, which comprises of 54 Nations, with an estimated population of 2.245 billion, almost a third of the world population.

The Championships have been held on regular bi-annual basis since 1985. This is the second time that the South African Wrestling Federation is hosting this event, the last time was in 2005 in Cape Town. This year’s Championship will be especially poignant with the sad death of South Africa’s historic leader Nelson Mandella. 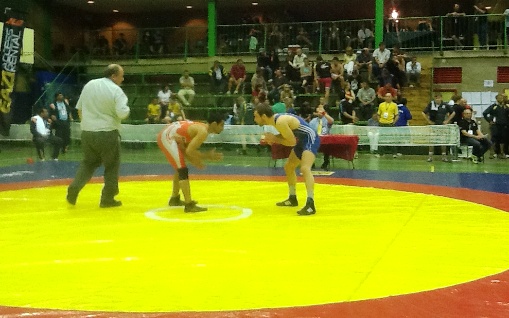