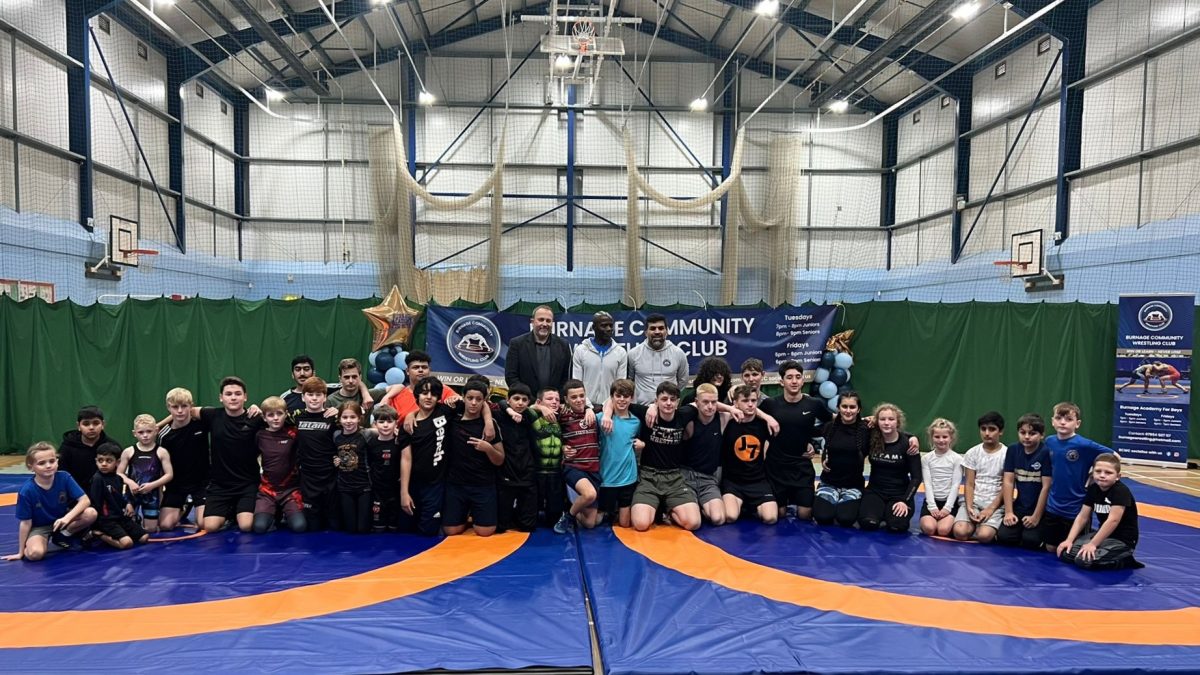 Over 50 people attended the open day at Burnage Academy For Boys where sessions were overseen by Olympic and Commonwealth wrestler Fitzlloyd ‘Fitz’ Walker, who features in the Guinness Book of Records for winning the British Wrestling Championships 14 years in a row.

The open day was supported by Tackling Inequalities Funding provided by British Wrestling and Neighborhood Investment Fund from Manchester City Council. Fight for Peace has also been integral to the development of the club providing equipment. There to see how the club started were Burnage Academy Headteacher Karl Harrison and Ian Fenn, recognised for his role in developing education across South Manchester.

The club’s main aim is to extend this even further and open an accessible, diverse and affordable wrestling club to increase participation in freestyle wrestling among the local community, with sessions on offer for men and women, boys and girls of all levels.

Coach Mo said “The open day has been a great success and we are really excited to get the club going. Thanks to everyone who has shown support and made enquiries about classes.”