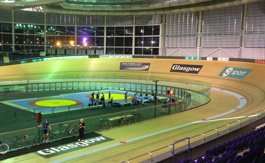 The venue was the iconic Sir Chris Hoy Velodrome in Glasgow that will be the central arena at the forthcoming Commonwealth Games and where the Scottish Wrestling Association (SWA) High Performance Programme is based.

Cary was introduced to the wrestlers who attended the training session by Victor Keelan – President of the SWA.

The Scottish Wrestling team gave Cary a warm welcome and made he a small speech to those present. 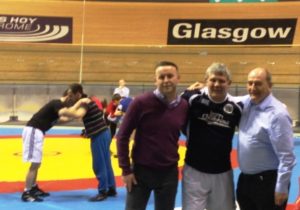 Cary was also introduced to Michael Cavanagh, (Chair of  Commonwealth Games Scotland (CGS) and who represents CGS on the Glasgow 2014 Board,) who was also in attendance at the event.

The event was seen as a great opportunity to introduce the recently appointed British Wrestling Chair to the Scottish Wrestling Association and some of its membership.

Afterwards, Cary had dinner with the SWA Senior Executive and he expressed his gratitude at the opportunity to train at such a wonderful venue and that he was looking forward to the Commonwealth Games in July.

It is hoped that Cary will attend a further training session with the Scotland Team prior to the games. 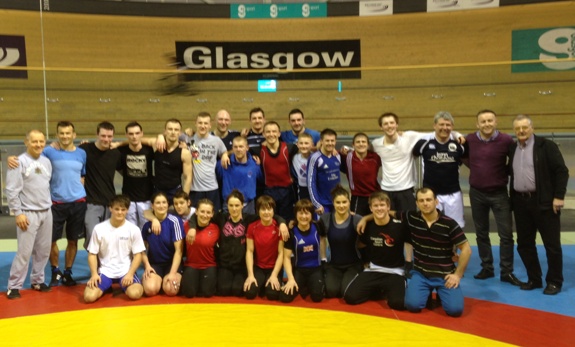