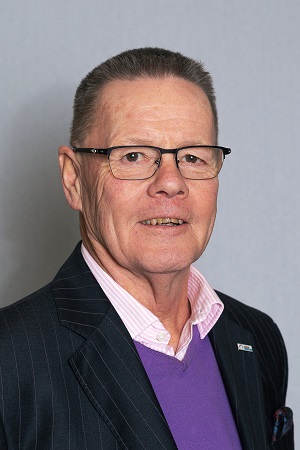 British Wrestling Chair, Jem Lawson, has announced that he will step down at the end of May 2020.

Jem has overseen a significant period of change for British Wrestling since taking the chair in August 2015.

“I’ve been with British Wrestling for almost five years.  I was engaged when the sport was in some organisational difficulty.  I perceive that a corner has been turned and I believe that it’s possible to make great strides forwards at grassroots level as well as in the performance sphere.  There’s still much to do, but there is an effective board and a competent and committed operational team both of which have wrestlers at the forefront of their planning.  All this will need time and I have decided to stand down at the end of May so that a younger and more resilient person can lead the association forward.”, he said

“I have been a visitor to the sport and grateful for the welcome afforded to me by all.  Wrestling is peopled by those who display uncommon levels of enthusiasm and commitment and I shall be sad to leave.  I’ve enjoyed good relationships with all those who are, or have been, influential in British Wrestling and to all I express my thanks.  There’s a lot to get through in the next couple of months and I will be fully engaged until the end.”

Chief Executive, Craig Anthony, said “Jem has been instrumental in the development of British Wrestling over the past five years, implementing the move to a good governance structure and securing the future of the governing body”

British Wrestling is beginning a search for a new Chair to take on the mantle, you can find the advert here.