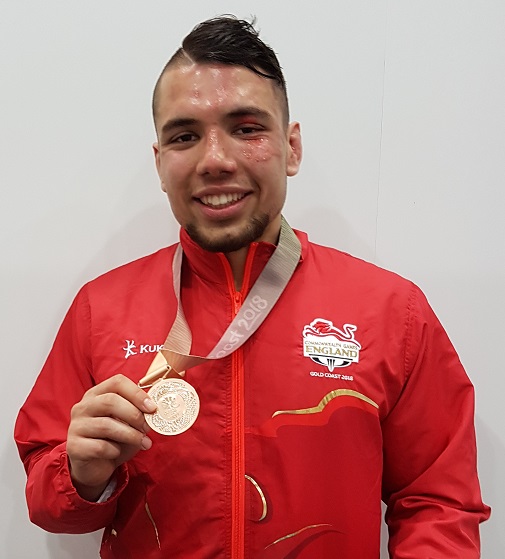 Syerus Eslami has been selected to compete for Team England at this summer’s Commonwealth Games in Birmingham, making a 9-strong team of wrestlers including 2018 Commonwealth bronze medallists, Charlie Bowling and Georgina Nelthorpe.

Eslami, from London, made his Team England debut at the Gold Coast 2018 Commonwealth Games winning the bronze medal. Eslami was the first ever Team England wrestler in history to achieve a medal in the 86kg Freestyle weight class.

Speaking on his selection to Team England, Eslami said “It is time to shine in front of a home crowd and bring home a gold medal. I’m really pleased to be selected and want to thank those who have supported me along the way. I will do everything it takes to honour Team England.”

The 25-year-old is coached by Frank Molinaro and Jeremy Hernandez and lives in Croydon, Surrey.

His family’s history for wrestling goes generations back, his grandfather was an Olympian and his uncle competed for Great Britain. His father also wrestled and was the British school’s champion.

He will join a team of over 400 Team England athletes in total at Birmingham 2022 who will hope to capitalise on the once in a lifetime opportunity to bring home success in their own country.

The Freestyle Wrestling event will take place on Friday August 5th and Saturday August 6th at Coventry Stadium and Indoor Arena, where competitors will compete across a range of different weight categories.

The Commonwealth Games is a multi-sport event with a fully integrated programme of para sport disciplines and this year’s Games promises to be extra special with full stadiums and arenas after Tokyo 2020 took place behind closed doors. Birmingham 2022 is set to have the largest ever female and para sport programme in history after a new discipline of Women’s T20 Cricket and Beach Volleyball and Para Table Tennis were confirmed.

You can get behind Team England by following its social channels where each athlete will become Part of the Pride in the run up to Birmingham.