Commonwealth Games one week away 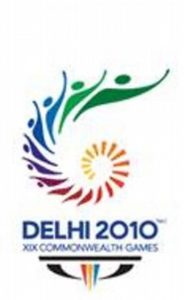 Wrestling makes its return to the Commonwealth Games after being dropped from the 2006 schedule, and perhaps that is not surprising, given that India has gold medal intentions.

Sushil Kumar is one of the India home crowd’s best hopes of gold after winning the 66k category at the World Championships in Moscow earlier this month.

“Winning a gold medal at the world championships was a huge achievement for me after the Beijing Olympic Games and before the Commonwealth Games,” said Kumar. “My next target is to win a gold medal in the Delhi Games.”

Australia has selected a 20-strong team, and with the exception of veteran Cory O’Brien all their wrestlers will be making their Commonwealth Games debut. Shane Parker will become the first Aboriginal wrestler to compete for his country, while 17-year-old Justin Holland (55kg) is the youngest member of the team.

“India are currently top of the Commonwealth and taking them head-on in a home Games is going to be quite a task for the Australian athletes,” Wrestling Australia president John Saul said.

Wrestling was part of the ancient Olympics, and at the Commonwealths there are just two types — Greco-Roman and freestyle.  Delhi 2010 will feature 14 weight categories for men, seven freestyle and seven Greco-Roman ranging from 50kg to 120kg.

Women’s wrestling has been included for the first time and they compete in seven freestyle divisions, with wrestlers tipping the scales between 44kg and 72kg. The 17-strong Canadians are expected to be among India’s biggest rivals, led by Carol Huynh, 29, the reigning Olympic champion in the women’s 48kg.

Other medal contenders include Sam Belkin, who becomes Canada’s first wrestler in the Greco-Roman version of the sport.

Meanwhile, it’s a family affair for Scottish twins, Donna and Fiona Robertson who have set their sights on Commonwealth glory in separate weight categories after both qualified at the British Championships in Glasgow in July. England’s squad includes married couple: Jo and Sasha Madyarchyk.

England’s Noel Loban, at Edinburgh in 1986, is the last British winner of a wrestling gold medal at the Commonwealth Games. In 1994 he won won one of three English silver medals at the Commonwealths – along with John Melling and Andrew Hutchinson. Amerjit Singh of England, and Scotland’s Graeme English and Calum McNeil won bronze.