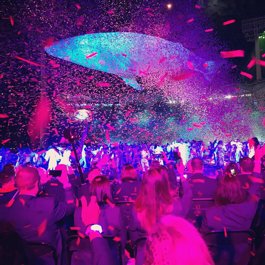 The Gold Coast, on Australia’s east coast, just south of Brisbane, is hosting the XXI Commonwealth Games. It is the fifth time Australia has staged the Games, but the first time it is being held in a regional Australian city. 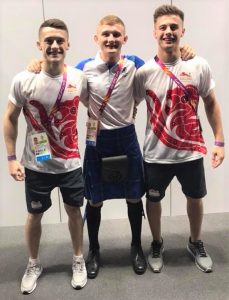 Wrestling action at Gold Coast will take place on 12/13/14 April 2018 at the Carrara Sports and Leisure Centre.

Wrestling is one of 10 optional sports at this Gold Coast Games (amongst 25 sports and para-sports overall), but from the next 2022 Games to be held in Birmingham, Wrestling will become one of 16 core sports.

The Commonwealth Games are known as the “Friendly Games” encapsulated by this picture of George Ramm, Ross Connelly and Charlie Bowling.

Widespread coverage of the Games is on the BBC iPlayer website.  Be aware that Gold Coast is 9 hours ahead of the UK.  BBC items:

There has been some significant coverage already. Georgina Nelthorpe was featured on Sky Sports (22 Mar link).  Then Charlie Bowling and Barry Pollin featured onBBC TV North West Tonight (28Mar) at the Academy.

Charlie and Georgina then had the privilege of being the featured athlete’s on BBC Radio 1’s 12:45 and 17:45 4th April Newsbeat editions, (5mins into link) the first edition broadcast even as the Opening Ceremony took place live in Australia.  The Newsbeat item was also placed on the BBC News website (link).  The item also featured on the Newsbeat Twitter feed (link)

We wish wrestlers from all the Home Nations the best of luck.  Information on the teams is available at (link) 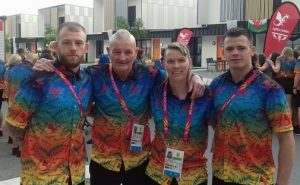 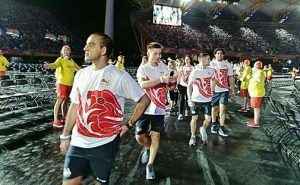 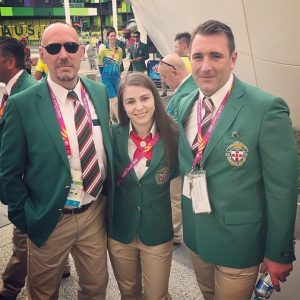 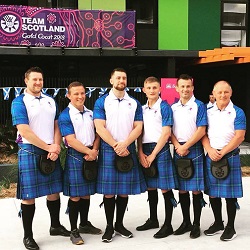