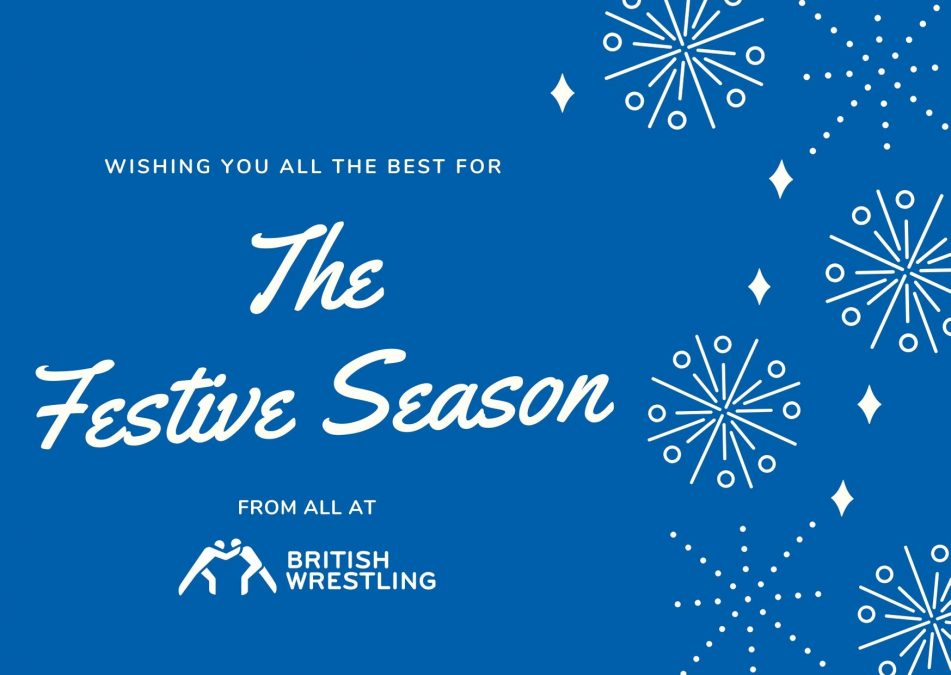 The year has quickly come to a close and an exciting one it has been too. I wanted to highlight some areas of note for the year

Competition entries have been up significantly on previous years and there have been more competitions than the past few years. This is a reflection of the growth of the sport and something we can continue to build on in the future.

We worked with clubs in Northern Ireland to pilot UWW Grappling as a new format that was well received and will pave the way for the introduction of a broader Grappling offer from British Wrestling in 2020.

I recognise that the implementation of our individualised membership and club affiliation through Go Membership has created some challenges for a few clubs and members. I’m hopeful that most of those are well on the way to being smoothed out. The numbers show that is the case with British Wrestling individual membership continuing to grow alongside our club affiliation numbers.

Internationally we have had a significant increase in top 10 finishes at UWW tournaments at both senior and junior levels. Highlights include:

Back home, unfortunately, there is a need for a brief reminder to all members and others attending British Wrestling clubs and competitions. When you attend a competition you commit to abide by our Codes of Conduct. These are unique to the different roles you may have within the sport but are aimed at ensuring that everyone in the sport is treated equally, fairly and with respect. There have been several small incidents over the past few months that have led me to believe not everyone is aware of their responsibilities with regards to the Code of Conduct so whilst we enter the festive season please take time to review the Code and make a commitment to follow it for 2020.

2020 brings with it some exciting times and opportunities not least of which is the Olympic qualification process which begins with a very early European Championships in February. Several members of the senior squad will be preparing with trips to the Grand Prix de France Henri Deglane and Klippan Lady Open early in the New Year, so we wish them the best in their training over the coming weeks.

This likely kicks off our Home Nation preparations for the 2022 Birmingham Commonwealth Games which present an excellent opportunity to build on the success at the last Games on the Gold Coast as well as build towards Paris Olympics in 2024. The fact that we are talking about opportunities for Olympics is down to the hard work of athletes, volunteers and staff that have built up the senior squad after some down years. It also puts us in the exciting position of being able to bid for UK Sport funding to support a performance programme in the future.

Domestically, British Wrestling will be turning our focus to look to improve the competition experience for our members and we have some exciting plans to do so. The Sports Committee have made some significant commitments to use 2020 as a year to build our resource and capability with a view that multiple competitions on the same day in the future can become a regular occurrence rather than the logistical challenge it currently is.

We want to be able to make more people feel comfortable entering a competition they feel is right for them which is why we are exploring opportunities for event levels and how we support new people to feel they have reached a level of ability where competition is accessible should they want to compete. However, we also want to recognise that many people are interested in developing their skills and not competing which is why we will aim to further develop the Colour Awards making them more accessible to all our members.

Furthermore, I’m pleased to say that we have been able to secure some partnerships with appropriate suppliers for discounts as part of your British Wrestling membership. These will be available early in the New Year and we continue to source other partners, if you know of a business that may be interested in being part of our membership offer then please get in touch with Andreas Michaelas amichaelas@britishwrestling.org.

Thank you all again for your tireless commitment to wrestling and, finally, let me wish you a merry festive season and a happy New Year.