In the 65kg quarter-finals, Kane Charig and Charlie Bowling met each other, Kane defeating Charlie.  Ultimately, both came away with medals.

In the Gold medal match Kane Charig achieved Silver for Wales when defeated by Bajrang of India.

Bajrang was a strong wrestler, having taken Silvers at both the 2017 U23 World Championships and the Glasgow 2014 Commonwealth Games. 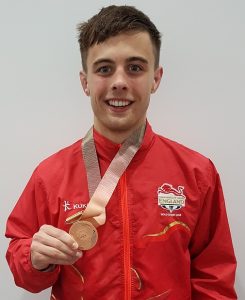 “Everyone’s a good competitor in that weight class, I had good preparation, it’s been a long three years preparing for this – so I was confident in my ability.

“It’s always hard coming off a loss, I just had to get my head up – I knew I could wrestle.

It’s been amazing, it’s been a tough ride but I got the medal and I’m really happy.” 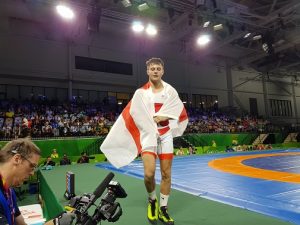