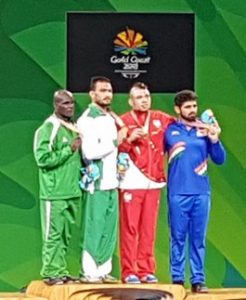 After his win, Syerus hoisted the England coach, Anatolii Kharytoniuk upon his shoulders and did a circuit of the playing area.

This was a fitting tribute to Anatolii as it was the last international match of his long tenure with the British Wrestling Association. 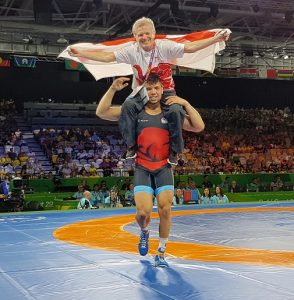 In his own wrestling days, Anatolii achieved the World Championship Silver (1975) and Wolrd Cup Silver (1976).

Prior to that, Anatolii had been Head Coach of Ukrainian Female National Team.

Syerus Eslami’s progress through to his medal was as follows: 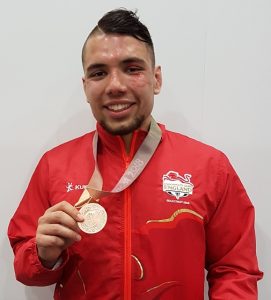