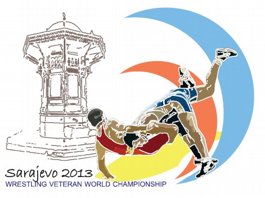 Returning to the mat after dealing with cancer, Bob demonstrated his return to form by adding another Silver to his previous Veteran World Championships medal haul of Silver and Bronze.

Bob was now guaranteed a Gold or Silver medal in the final against Russia.
There was a possibility that this would be Bob’s first time to achieve Gold?

But the Russian proved too good and Bob had to settle for Silver again with a score of 7:0.
During the competition Bob got personal congratulations on his pins against Turkey and USA from new FILA President Nenad Lalovic”

Also competing in Sarajevo are Stuart McKay and Hossein Azgharyzadegan who made the unfunded journey and are also up against athletes from the major wrestling countries. Masoud Honarfar is the

Team Leader/Coach of this year’s team 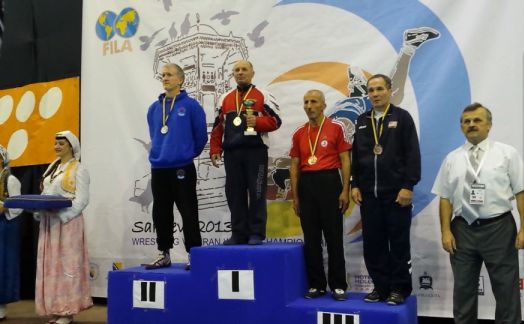