This was also the first session since the release of the Selection Policy for the Gold Coast 2018 Commonwealth Games.  The policy was published on the 4th April 2017, exactly one year prior to the Games.  Around the same time, invitation letters were sent to potential long list Athletes.

During the afternoon, a squad meeting was held to discuss the latest developments relating to the Commonwealth Games. Eddy Kavanagh, England Team Leader went through a list of current topics with the squad, covering:

If athletes have not already confirmed that they would like to be on the England long list of Athletes for 2018 Commonwealth Games, can they make sure to be in contact with Team Leader, Eddy Kavanagh to confirm their place, by e-mail by Monday 8th May 1730 hrs. Failure to do so will end up with their name being withdrawn from the long list.

All squad attendees were given the England Wrestling Squad T-shirt in appreciation of giving their time up to come to the sessions. Anyone who attends any future sessions will 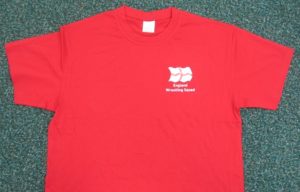 receive a squad T-shirt – but this will only be while stocks last!

The next Commonwealth Games England Wrestling squad training session will be on Sat 20th May at the Wrestling Academy. 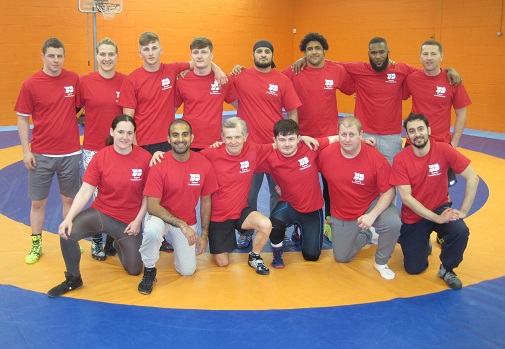