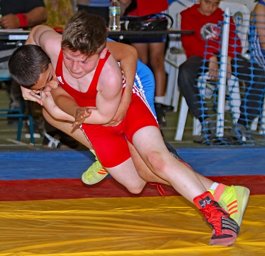 13th May 2017 saw 124 wrestlers assemble on the “Playing Fields of Eton” where, according to the words uttered by the Duke of Wellington when revisiting Eton, were ‘It is here that the battle of Waterloo was won!’

The venue, Thames Valley Athletics Centre, has also seen some recent high-profile happenings, with a young Mo Farah training there as a Junior and the Jamaican Olympic Athletics Team, including Usain Bolt, training on the track in the (literally) run-in to London 2012. 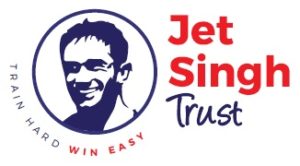 The tournament was run by the British Wrestling Association in association with the Jet Singh Memorial Trust as well as local clubs, Slough and West London. Following the tournament, the BWA made a £200 donation to the trust.

In addition to the nation’s best young wrestlers, the tournament featured the seniors engaged in Greco-Roman wrestling and veterans tackling both Freestyle and Greco-Roman.

Wrestlers came from as far afield Aberdeen, Scotland and Roscommon, Republic of Ireland. 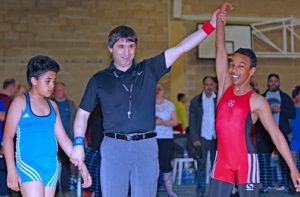 Congratulations to all clubs, coaches, parents, athletes and officials for travelling long distances to the South to make the tournament a success. This was especially creditable as many athletes were facing important exams within the next few days. GOOD LUCK!

Tournament Director Trevor Hoskins and Official in Charge Richard Phillips, (on their second and third tournaments in a row) ran an efficient day ensuring that all were able to make tracks home in reasonable time.

Ellen Morris worked on the previous evening’s weigh-in, pairing into the wee small hours, to ensure that wrestling commenced within a reasonable time in the morning. Inderpal Cheema and Jatinder Singh also contributed to the organisation, with volunteers from West London and Slough Clubs and the Jet Singh Trust; slogan “Train Hard Win Easy” 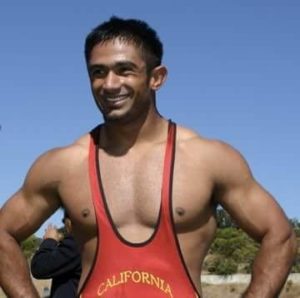 The trophies were presented by Davinder Singh of the Jet Singh Trust. The Jet Singh Trust was set up in Wolverhampton in 2016 in memory of Jatinder Singh Chatha (1983-2016). Jet was an accomplished wrestler who competed on the international stage. He was also a skilful fitness trainer with an outstanding passions for coaching people to good health.

Setup by Davinder Singh, Jet’s brother, the trust sets a monthly challenge such as a “Tough Mudder” or a community-based activity like feeding the homeless, which people can sign up for, and, in the process, raise funds.

In its first seven months, the trust has raised £50,000. (Link to further information about the Trust)
One important visitor at the tournament was the Head of Games at nearby Eton College who was impressed by what he saw of Olympic-style wrestling. A wrestling demo at the school may result and the British Wrestling Association will be working to bring local clubs and the school together on a more regular basis should the demo inspire pupils at the school. 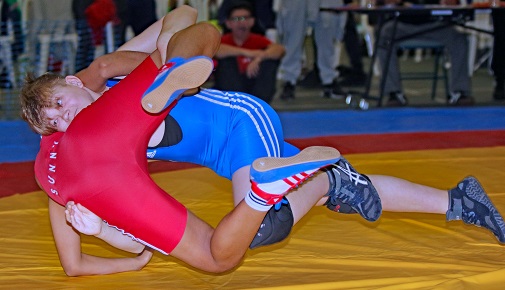 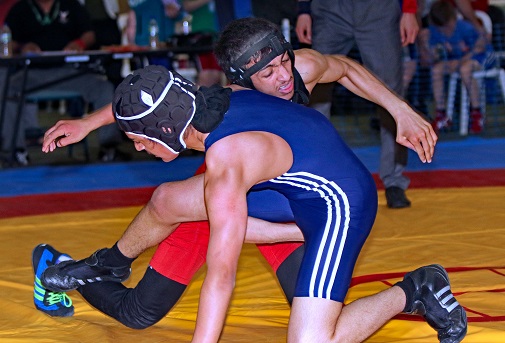 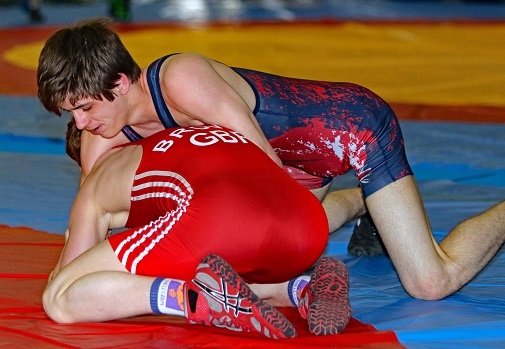 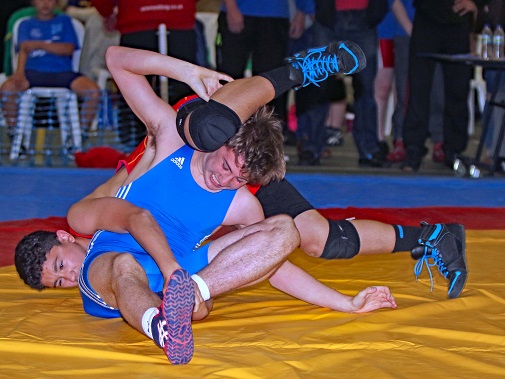 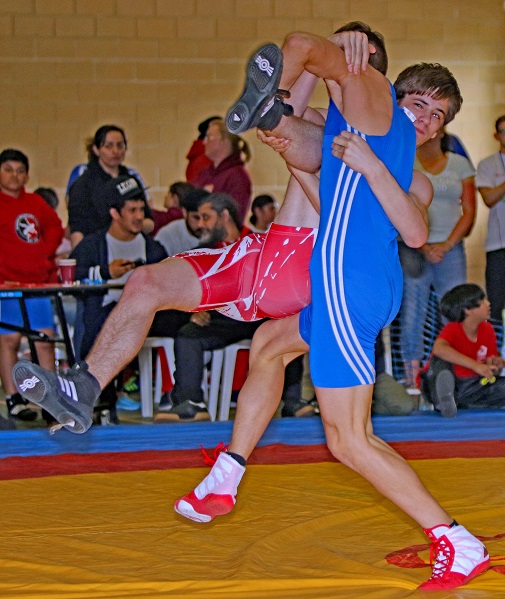 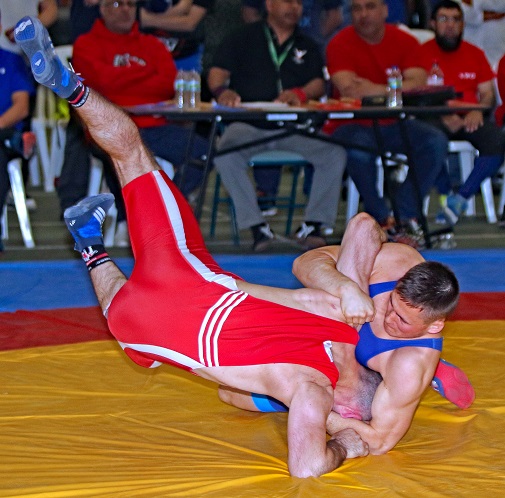 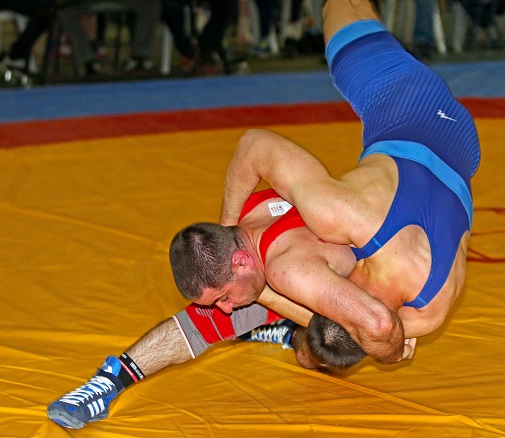 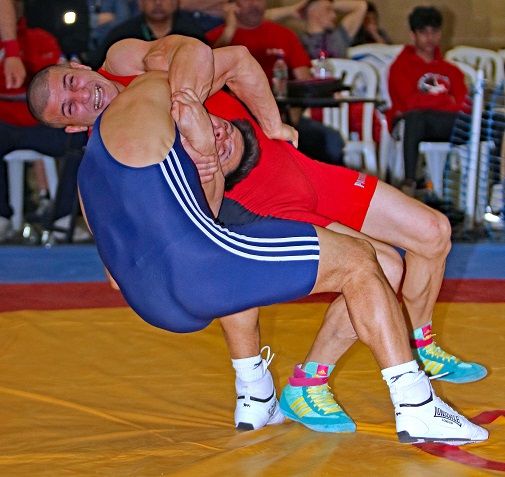 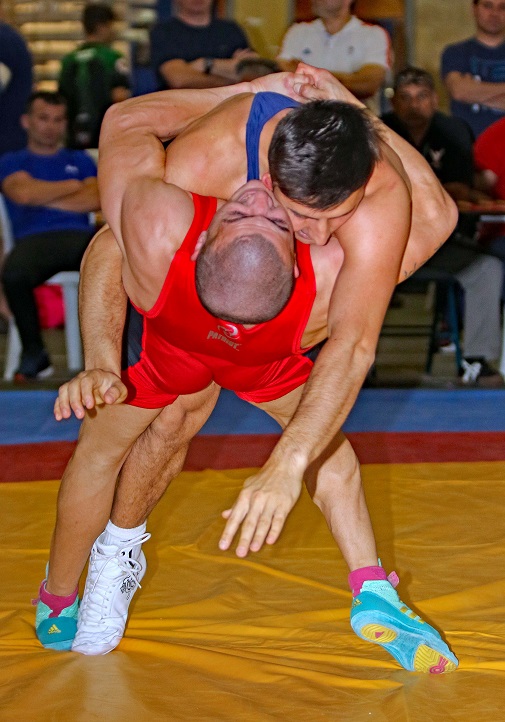