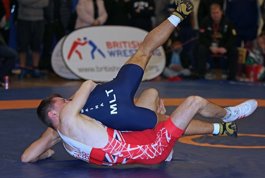 George Ramm narrowly took the 57kg category from Gary Giordimaina at the 2017 English Senior Open Championships on Saturday 25th February. There were other hard fought finals in a good day of Wrestling.

There was an international feel at the championships with Malta represented, George Ramm returning from Holland/Germany and Charlie Bowling jetting in from Canada. The event was a Commonwealth Games qualifying event for some Home Nations and selectors had lots to look at. 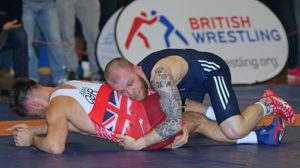 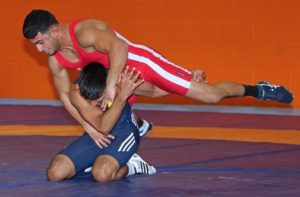 Sixty wrestlers took to the mat, enabling the competition to be held at the newly resplendent Academy, painted up in UWW-style orange which stunningly offset the UWW official mats.

Catering was provided by Mary Melling and Julia, so many thanks to them and all the other helpers and officials that made the tournament possible. 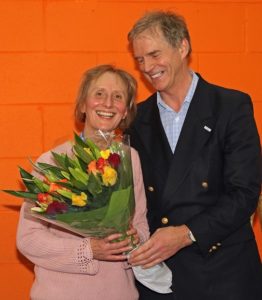 The tournament was organised by Yvonne Ball, and in a twist not organised by her, Yvonne secretly became a part of the medal ceremony as Jem Lawson (British Wrestling Association Chair) led a glowing tribute to the variety and volume of hard work that Yvonne has done over many years, as she had declared her intention to seek new avenues and adventures at the end of the current sports cycle, at the end of March.
Colin Nicholson (Chief Executive) presented Yvonne with flowers as a mark of thanks from the membership and Yvonne said a few words, appropriately, from the No.1 podium spot.

Yvonne has put significant effort into every aspect of the British Wrestling Association since her arrival in the sport in the early part of the Manchester Commonwealth Games cycle. During her tenure, athlete achievement climbed to greater success than at any time in living memory as Commonwealth and World Class Programme funding enabled athletes to gain experience at international tournaments, bringing back greater numbers of medals than ever before.
Amongst so many areas of improvement, the implementation of the new coaching programme and athlete awards owe much to Yvonne’s tenacity and organisational skills. She was UK Coaching Certificate Assessor and her dedication to the voluntary role of Lead Safeguarding Officer summed up her commitment to the development of the young people of wrestling, a significant number of whom she has nurtured through the years and who are now confident young men and women! 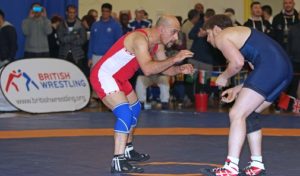 Following on with the theme of time moving on, Byhrom Asgharyzadegan wrestled his father Hossein, in the last occasion for this match as Hossein is 60 this year so will have to retire. Byhrom won, with an accumulation of mainly single points.

Photographs in this article were taken by Dave Morgan and more photographs of the championships are available on Dave’s photostream at https://www.flickr.com/photos/on_the_mat/ 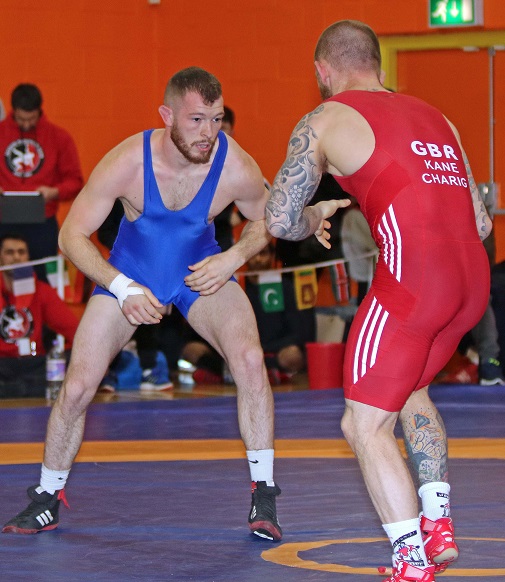 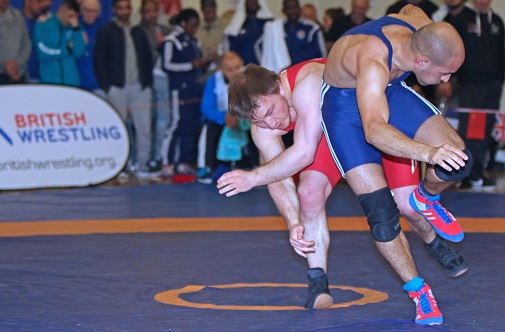 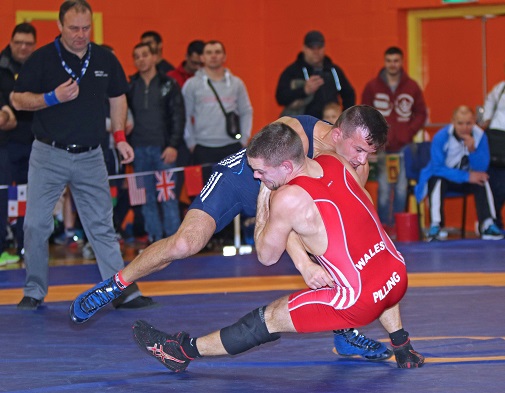 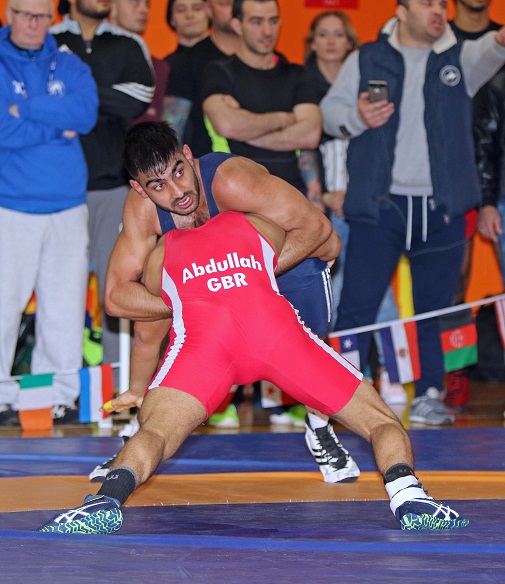 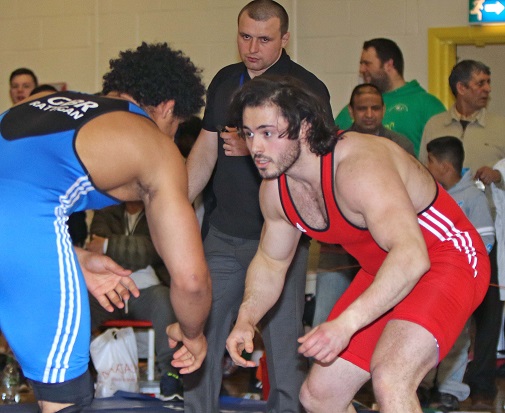 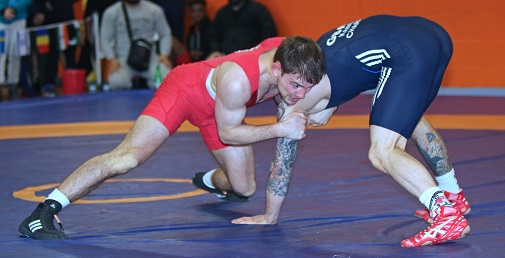 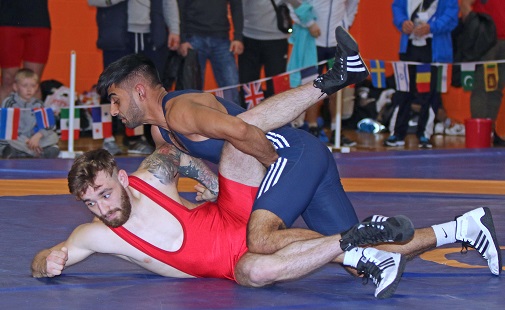 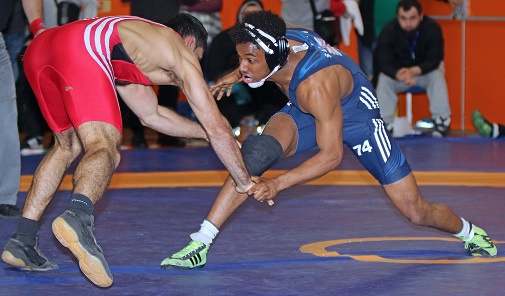 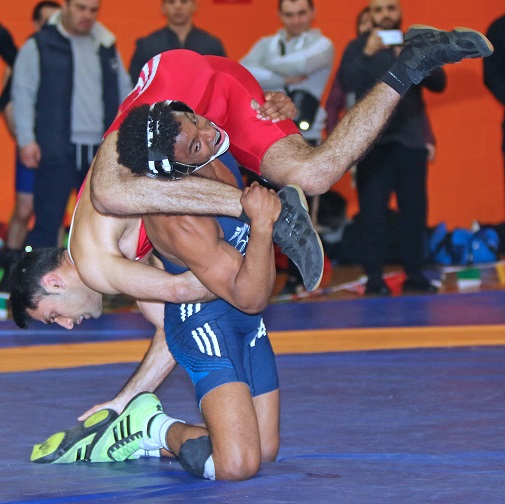 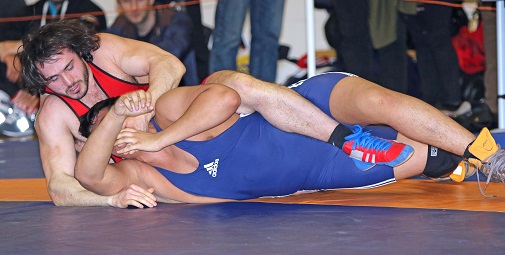 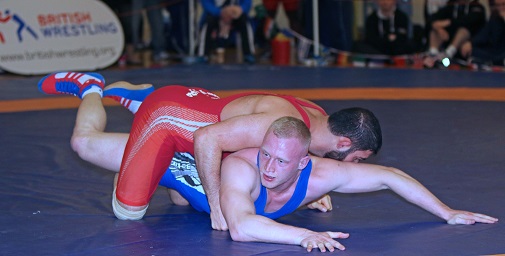 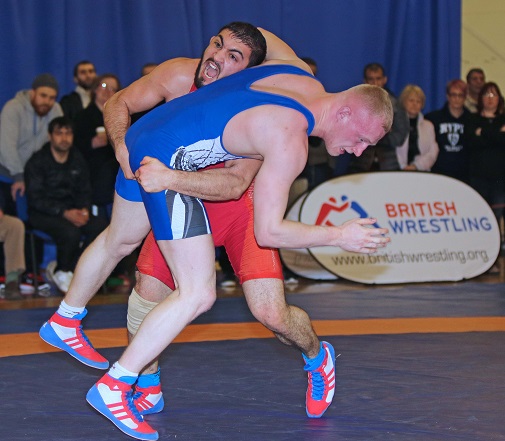 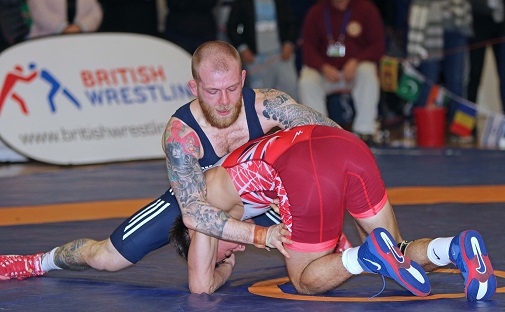 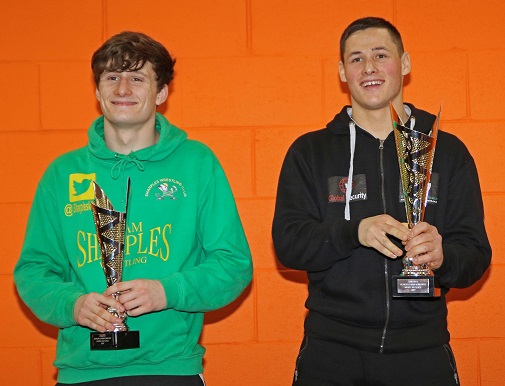 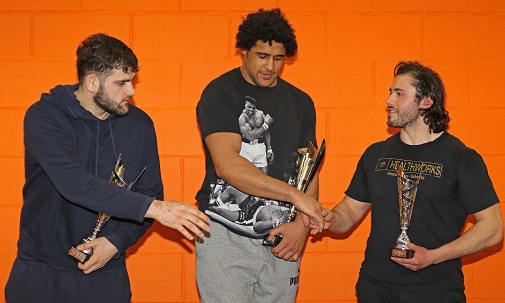