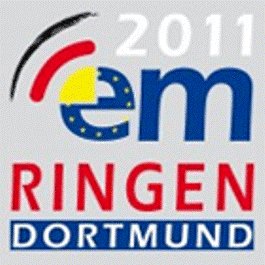 22nd March FILA News Item
After Baku in 2010, the city of Dortmund will be the host of the upcoming senior European Championship. The 40 participating countries will meet on German soil from 29 March till 03 April 2011 to run for the prestigious European titles and obtain the right to compete in the 2011 World Championship. Last year, 36 countries travelled to Baku and Russia won the three team competitions. Boosted by their recent victory at the freestyle World Cup, the Russian wrestlers will undoubtedly fight hard to confirm their domination in Dortmund. The participant list can be consulted at the following link.

As a reminder, the National Federations from Europe have the obligation to enter the European Championship with at least the same number of participants that they intend to enter in the World Championship, first qualification phase for the 2012 London Olympic Games. To be noted that all Olympic referees must take part in the Championship in order to take one of their annual control courses.