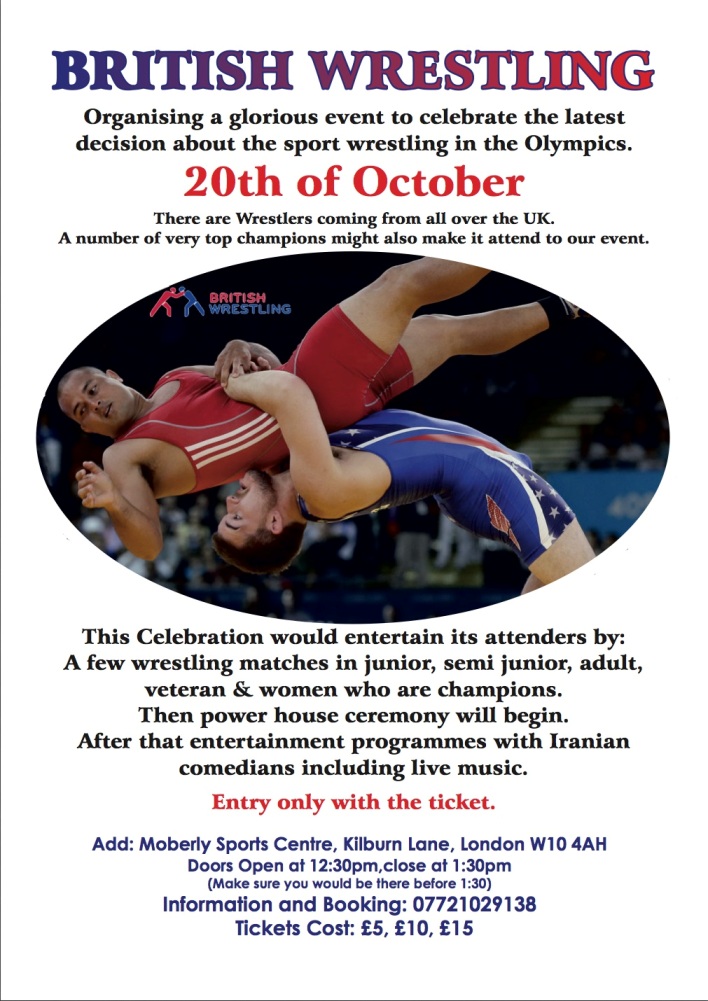 Masoud Honarfar of Kensington Club and Vice-Chair of the Southern Region cordially invites all UK club teams to a Celebration of Wrestling to be held on Sunday 20 October at Moberley Sports Centre, Kilburn, London W10 4AH.

Teams of up to 10 people are invited (free of charge for athletes) to participate in a largely fun and family wrestling day.

A weigh-in for those participating in the wrestling event will take place between 1000 and 1100hrs with ages and weights to be matched on the day. Masoud would like all wrestlers of any age from 8 to 80 to have a fun wrestling day

Wrestling matches will be just a part of the day of celebration with Iranian music, dancing and food available.

There will be a “march in” of all participating clubs, (clubs to bring a laminated A3 or A4 sheet with their club name on for affixing to banners on arrival)

Masoud wishes to honour those in British Wrestling who, over many years, have contributed to the sport in the UK and whose passion ensured the continuance of Olympic wrestling beyond 2016. Masoud has invited several Iranian World Championship and Olympic wrestlers to take part in the celebration.

All are welcome to enjoy this family day which will start at 12:30pm (for the audience) and end at 4pm.

It would be useful if club secretaries could notify BWA Administration of the numbers from their clubs who are likely to attend on the 20th.

The organisation of events such as this put the sport of Wrestling “on the radar” in the UK. The event is exactly what is required to raise the profile of wrestling across the nation. British Wrestling wishes Masoud every success with this celebration. 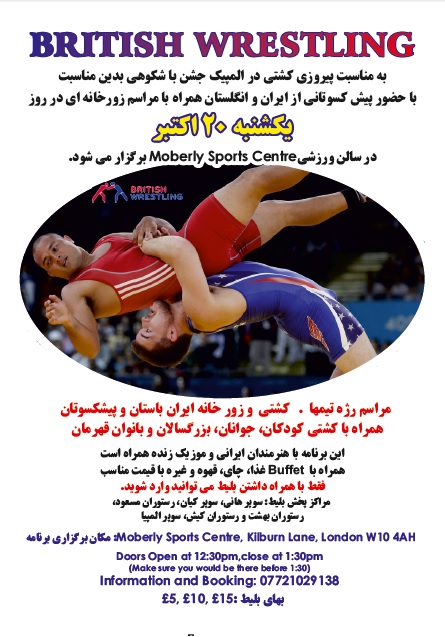