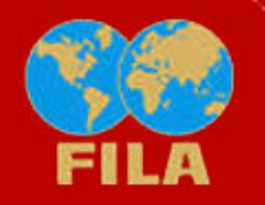 A project has been underway since the beginning of 2009 to look at how a new FILA Awards Framework could be introduced to quantify and reward the early stages of wrestling. The project team, led by Shaun Morley, includes Trevor Hoskins, Eddy Kavanagh and Tony Phillips

Although the FILA Awards Framework is available to adopt “off the shelf,” its entry level is too difficult for children in schools to achieve in 6/8 weeks, in-curriculum/ after-school sessions.  So the BWA team will be pioneering an additional “White Award” that will give an attainable target for school sessions. Children are then well placed with a more standard foundation knowledge of grips, stance, basic exercises and moves, which will equip them progress in Clubs to the FILA Yellow Award and upwards.

Key to the adoption of the FILA Awards Framework is consistent assessment. Coaches qualified under the new pilot Level Two coaching award are able to assess in their clubs for the first three levels of the FILA Awards Framework, starting at the ‘Yellow’ level. It is imperative that previously qualified Level Two coaches first achieve this new pilot Level 2 coaching award as the technical structure of the award is based on the consistent FILA system so everyone can use the same language.

Consultation about the new FILA Awards Framework has taken place with all coaches attending the new pilot Level 2 coaching award courses early this year. Shaun Morley did a presentation on the scheme to course members. Everyone agreed the FILA Awards Framework was a very positive step forward. Coaches attending so far have been from every region and nation except Scotland, so further consultation will be required with Scotland. The only remaining development required is completion of the White Level award.

The FILA Awards Framework will be gradually rolled out nationally as more coaches achieve the new pilot Level 2 coaching award.