Freestyle Wrestling in the news 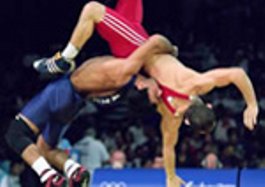 Freestyle Wrestling was in the news as Paul Strigeon, who competed for England in the 2002 Commonwealth Games, is featured by the BBC for his role as British Lions Physical Conditioner on their recent South Africa Tour.

Back in mid-March, Peter Jones (British Wrestling’s PR & Communications Director,) worked with the BBC to ensure that Paul Strigeon’s wrestling heritage was to the fore when profiles came to be written on those working behind the scenes to deliver Lions’ success in South Africa.