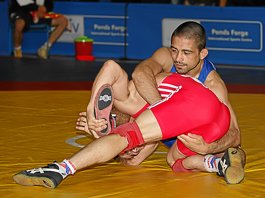 Yana, the European Championship silver medallist, is now looking forward to medalling at September’s World Championships in Moscow, but said her big ambition was representing GB at the London 2012 Olympics.

She said: “I am thrilled to win a gold medal at a prestigious international event like the GB Cup, and this is a big boost for me in the countdown to the World Championships, where doing well is my big target for the year, as I still won’t be eligible to represent England at the Commonwealth Games.

“But I will be eligible long before the London Olympics, and representing Britain at that is my big ambition, and that is what I will be working hard towards between now and then,” said Ukraine born Yana. “I am very happy living in Manchester, and very privileged to represent a country I love.”

British Wrestling performance director Shaun Morley was impressed with Rattigan, saying: “She’s having a great year, and today underlined just how well she is doing.

“When she went onto the mat she just oozed confidence, and never once during the day did I think there would be any other outcome than a Yana win, but that is the sign of a performer at the top of her game.” 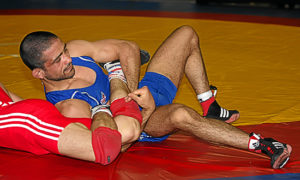 Like Yana, Krasimir was the dominating performer in his division, as he took gold in the men’s 55kg gold medal with a commanding win in the final.

Said British Wrestling chairman Malcolm Morley: “It’s been a great tournament, and a great advert for British wrestling, with some outstanding performances by our wrestlers, with 10 medals in all – a great return.”

“What it proves is that we are making great progress internationally, and that we will be very competitive at the Commonwealth Games. I am delighted at the way things have gone in Sheffield, on the mats and off it, and it has been terrific to be hosting a very international GB Cup.”

Fielding three teams (GB A, B and C) Great Britain took third place in the team prize, behind winners Canada and Belarus.

The event was honoured with the presence of the Lord Mayor of Sheffield, Alan Law JP, and the Lady Mayoress.  The Lord Mayor prsented prizes, along with Colin Nicholson, CEO and Ted Hurdle, President of the British Wrestling Association. 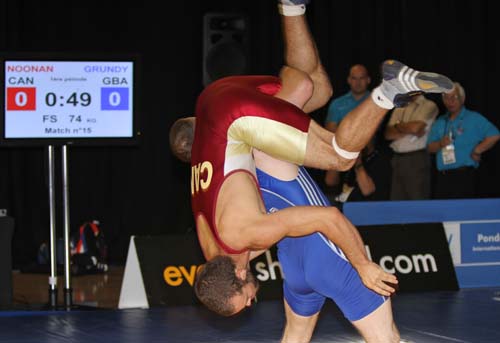