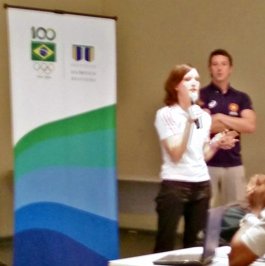 The course, (reported on UWW’s global website link,) was attended by Freestyle coaches from around the world and was composed of Referee-led discussions of Freestyle rules, classroom workshops and on-the-mat technical work. 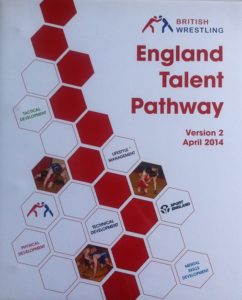 The BWA, working in conjunction with UWW, were asked to deliver a 1 hour presentation on GBR’s Talent Pathway.
Penny Crisfield (Apollinaire), Malcolm Morley and Joanna Madyarchyk prepared the presentation, with Joanna delivering in Rio.  Reports suggest that it was a huge success.

Delegates interacted with many questions – with the Japanese and Mexican coaches requesting further information at the end of the presentation.

Congratulations to Joanna for her professionalism in delivery and attention to detail as always. 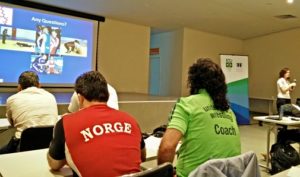 United World Wrestling representatives had found out about the GBR UKCC (UK Coaching Certificate) Coaching Course and the Talent Pathway and followed up for further information with a delegate visit to the BWA, two Skype-meetings and finally a briefing during the September 2014 World Championships.

UWW’s interest, request for copies of the UKCC Athlete Award handbooks, videos and the GBR Talent Pathway Manual culminated in an invitation, (with funding for trans-Atlantic travel and accommodation included,) to Joanna to address the assembled delegates.

The Talent Pathway has also been well received across the UK.

“I wish I had had access to such a document when I started coaching.”
Said Malcolm Morley, “With this endorsement of the Talent Pathway by United World Wrestling, the UK now has a validated route map to follow to get our wrestlers to the top-table within the next few years.”

Progress across the UK is already being demonstrated. Regional Development Squads and the National Talent Squad are already following the Talent Pathway with athlete scores in the testing protocols beginning to climb as they get to grips with the new stringent, but realistic, requirements.

Home Nations are lining up behind the Talent Pathway with support from Northern Ireland and Scotland and a declaration by Alan Jones, Coaching Committee Chair of the Welsh Wrestling Association, at the 2014 BWA Annual General Meeting, that “Wales fully supports the Talent Pathway as it is important not to miss out.” 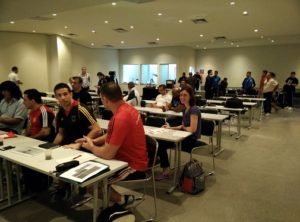 The theme of the United World Wrestling Coaching Conference was “Working together to reinvigorate freestyle wrestling” – how we can introduce more high scoring techniques to make wrestling more exciting for wrestlers, coaches and spectators.”

By the end of the weekend the coaches on the once-a-year course had worked through the following subject matter: 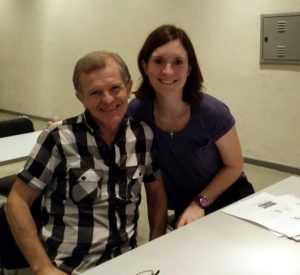 Coaches from more than a dozen nations attended the clinic including those from Japan, Kazakhstan, Morocco and Ecuador. Anatolii Kharytoniuk, the England Development Coach also attended.

The UWW Men’s and Women’s Freestyle Coaching Course was funded in part by a grant from Olympic Solidarity and attendees visited the Olympic Park being built for the Rio Games.

Said Jo, “It was a fantastic experience. I thoroughly enjoyed it and more importantly the coaches present engaged with the presentation.”