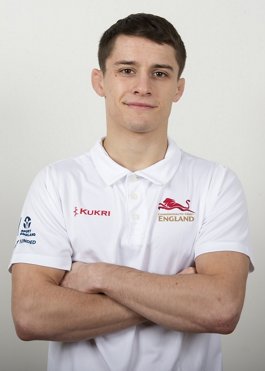 Junior European Bronze Medallist wrestler George Ramm was announced as a key member of the Team England Athlete Ambassador programme, which will see Commonwealth Games England (CGE) work closely with 30 English athletes in the build-up to the Gold Coast Games.

Denise Lewis will work with Ambassadors from a range of Commonwealth sports. 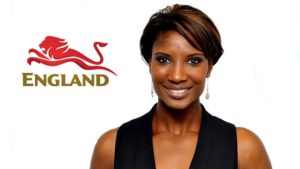 Denise Lewis, former Olympic, European and Commonwealth champion, said “We are delighted to have a great selection of some of England’s greatest, and most promising, athletes involved in the Team England Athlete Ambassador programme. We will work with them and their sports to raise the profile of Team England and create excitement for the nation ahead of the 2018 Games.” 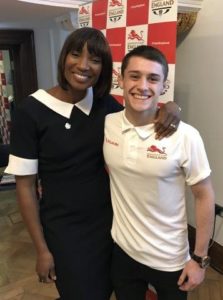 “George is a real gem and a fantastic athlete. His experience will also be vital in helping Team England prepare for the Gold Coast Games in just over 500 days’ time.”

The Athlete Ambassadors will support CGE to raise the profile of Team England and its values, develop a strong Team England ethos amongst athletes, the organisation and the nation, and prepare Team England for the 2018 Commonwealth Games.

Said George, “This is a fantastic opportunity for me to not only support Team England but to also learn so much from the vast experience on the Athlete Ambassador programme. I am very excited.”

Commonwealth Games England also today revealed at its AGM detailed plans that are in place to create the best performance environment for Team England to deliver success for the nation at the 2018 Gold Coast Commonwealth Games.
As part of its plans to send the best prepared team to the Gold Coast, CGE will hold a Team England preparation camp in Australia, create a dedicated performance centre inside the Commonwealth Games Village, offer a full programme of support services and send a team of around 600 athletes and staff, in what will be England’s largest ever sporting team to represent the nation abroad
Team England at the 2018 Gold Coast Commonwealth Games will include around 400 athletes who will compete in 18 sports, including 38 para medal events in what will be the largest ever para-sport programme.
The Team England Athlete Ambassadors announced today are:

Jem Lawson, Chair British Wrestling said “George has been at the fore front of achievement amongst British wrestlers this year; his exploits are a tribute to his aspiration, single-minded drive and determination to be the best he can be. He is a great example to others and thoroughly deserves his success, and the honour of being a CGE Ambassador.”