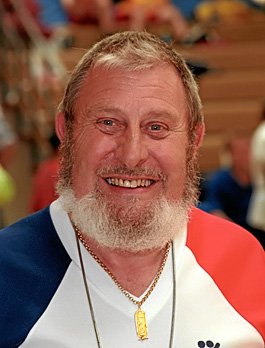 Congratulations to Ted Hurdle on the occasion of his 80th Birthday today!

Ted has devoted a lot of his life to wrestling and British Wrestling, starting off as a competitor, then coach with the United Wrestling Club in Brixton, and at the same time official, rising to the highest grade as International Exceptionelle, refereeing at many International Competitions, for example, 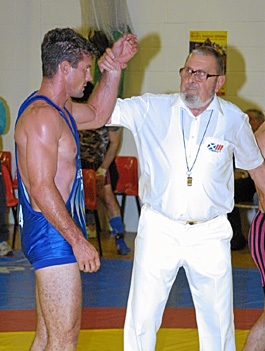 European and World Championships, the 1978 Commonwealth Games in Edmonton, Canada; 1982 Brisbane, Australia; 1986 Edinburgh, Scotland; and then, 2002 Manchester, England, where he was recognised by F.I.L.A. for his services to wrestling.

Ted also refereed at the 1980 Olympics in Moscow, U.S.S.R.
In recognition of his officiating and high esteem, he was appointed as the F.I.L.A. Delegate at three International Competitions, Paris, Stockholm and Arnhem.

Whilst at the Commonwealth Games in Brisbane, the accommodation was as usual in a University Campus. The weather was hot and so the windows were left open. This was obviously and invitation for the cockroaches to invade the room, and after eradicating six or seven with a size-nine trainer, Ted was sure that one had eluded the extermination exercise, and was hiding under the sideboard. Pushing Ted to the side to save him from a fate worse than death, I smashed the Bic pen top to smithereens. That cost him a pint of Four-X possibly just to keep it a secret… until now… 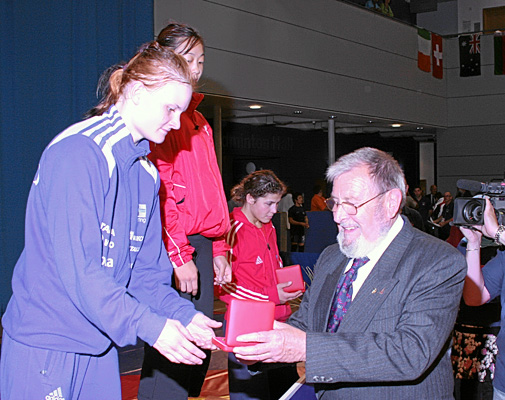