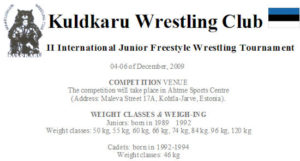 The GBR National Talent Squad departed Stansted Airport, early Friday morning of the 4th of December 2009. After a two and a half hour flight to Tallinn Estonia, the GBR Team was met by Konstantin Shaparov, our interpreter for the weekend, and his mini-bus driver. 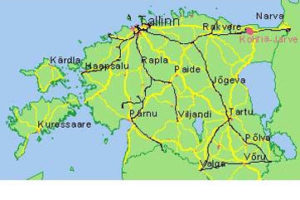 It took us about another two and a half hour – three hour to reach Ahtme Sports Centre, Kohtla-Jarve for the weigh-in. A few of the team needed to cut weight which was not easy with the temperature outside freezing cold, it even felt colder inside the sports hall and with the sauna not working, I had to put the team through a demanding training session to build up sweat and to blow away the cobwebs from traveling. 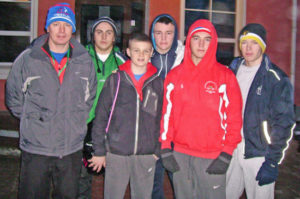 We stayed at the Hotel Alex for the duration of or trip which was very warm, clean and tidy. Across the road from the hotel, meals were served school canteen style to all the visiting International teams, very enjoyable too.

The wrestling competition had teams from Latvia, Lithuania, Russia and Poland competing as well as Estonia and ourselves.  I spotted many wrestlers who had competed at the 2008 European Cadets Championships in Daugavpils, Latvia, and the 2009 European Cadet Championships in Zrenjanin, Serbia, that have moved up to wrestle at junior level at this International.  We spotted 85 kilo Ailandas Sulcas of Lithuanian to whom Thomas Denham Lost 2-2 5-1 1-6 at the 2009 European Cadets this year, lose his Qualifications bout and go out of the competition – that proved the way ahead was going to be a difficult day.

We arrived back at the hotel in the evening at about 7pm and the wrestlers were immediately fed.

Coaches, Referees and delegates were invited to a reception later on, hosted by Kuldkaru Wrestling Club and the owner of the Hotel Alex. Traditionally, at these events a visiting team delegate stands up, speaks a few words and toasts the host nation which I did on behalf of our team. Also, each coach received a medal to commemorate the day’s wrestling.

On Sunday morning, we were met by Konstantin our interpreter and his mini-bus driver and did a little site-seeing trip on our way back to Tallinn. We took in a spectacular waterfall which flowed into the Baltic Sea and it was bitterly cold. 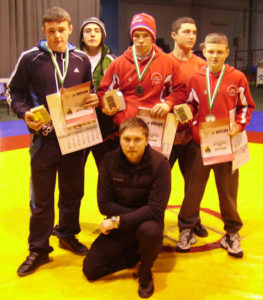 I would just like say on behalf of GBR National Talent Squad thanks to Estonian Wrestling, Kuldkaru Wrestling Club and Konstantin Shaparov, our interpreter for the weekend, and his mini-bus driver a big thanks for your hospitality and sporting event.