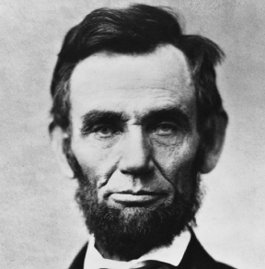 Was Abraham Lincoln a wrestler?

There is much discussion about whether Abraham Lincoln was really a Wrestler in his youth?

Is there any truth to such tales?

Answer answer is a clear “Yes!”

Lincoln was known for being a very good wrestler in his youth, and that was mentioned by political supporters as well as opponents.

And one particular wrestling match against a local bully in a small Illinois settlement became a beloved part of Lincoln lore.

Of course, Lincoln’s wrestling exploits were not anything like the flamboyant professional wrestling we think of now, or even the organized athletics of high school or college wrestling.

The grappling of Lincoln amounted to feats of strength on the American frontier. But despite its modest character, it became the stuff of legends.

Lincoln’s Wrestling Past Was Mentioned in Political Campaigns.

In the 19th century it was important for a politician to demonstrate bravery and vitality, and that naturally applied to Abraham Lincoln.

Political campaign mentions of Lincoln as a capable wrestler first seem to have surfaced in 1858, during the campaign in Illinois for the U.S. Senate.

Surprisingly, it was Lincoln’s perennial opponent, Stephen Douglas, who brought it up. Douglas, at the first Lincoln-Douglas Debate in Ottawa, Illinois on August 21, 1858, referred to Lincoln’s longstanding reputation as a wrestler in what the New York Times called an “amusing passage.”

Douglas mentioned having known Lincoln for decades, adding, “He could beat any of the boys at wrestling.” Only after dispensing such lighthearted praise did Douglas get around to savaging Lincoln, labeling him an “Abolitionist Black Republican.”

Lincoln lost that election, but two years later, when he had been nominated as the young Republican Party’s candidate for president, the wrestling mentions came up again.

During the 1860 presidential campaign some newspapers reprinted the comments Douglas had made about Lincoln’s wrestling skill. And a campaign biography prepared by Lincoln partisans also referred to the candidate’s reputation as a skillful wrestler.

The campaign stories of 1860 planted a seed. After his death the legend of Lincoln as a great wrestler took hold, and the story of a particular wrestling match held decades earlier became a standard part of the Lincoln legend.

Lincoln Was Challenged to Wrestle the Local Bully

The story behind the legendary wrestling match is that Lincoln, while in his early 20s, had settled in the frontier village of New Salem, Illinois. He worked in a general store, though he was mostly concentrating on reading and educating himself.
Lincoln’s employer, a storekeeper named Denton Offutt, would boast about the strength of Lincoln, who stood six feet four inches tall.

As a result of Offutt’s boasting, Lincoln was challenged to fight Jack Armstrong, a local bully who was the leader of a group of mischief makers known as the Clary’s Grove Boys.

Armstrong and his friends were known for mean-spirited pranks, such as forcing new arrivals in the community into a barrel, nailing the lid on, and rolling the barrel down a hill.

A resident of New Salem, recalling the event decades later, said the townspeople tried to get Lincoln to “tussle and scuffle” with Armstrong. Lincoln at first refused, but finally agreed to a wrestling match that would start off with “side holds.” The object was to throw the other man.

A crowd gathered in front of Offut’s store, with the locals wagering on the outcome.

After the obligatory handshake, the two young men struggled against each other for a time, neither one being able to find an advantage.

Finally, according to a version of the story repeated in countless Lincoln biographies, Armstrong tried to foul Lincoln by tripping him. Enraged by the dirty tactics, Lincoln grabbed Armstrong by the neck and, extending his long arms, “shook him like a rag.”

When it appeared Lincoln would win the match, Armstrong’s cohorts in the Clary’s Grove Boys began to approach.

Lincoln, according to one version of the story, stood with his back to the wall of the general store and announced that he would fight each man individually, but not all of them at once. Jack Armstrong brought an end to the affair, declaring that Lincoln had bested him fairly and was “the best ‘feller’ that ever broke into this settlement.”

The two opponents shook hands, and were friends from that point onward.
Lincoln the Wrestler Became Part of the Lincoln Legend

And those elements of the story became part of American folklore…

In the years following Lincoln’s assassination, David Herndon, Lincoln’s former law partner in Springfield, Illinois, devoted a lot of time to preserving Lincoln’s legacy.
Herndon corresponded with a number of people who claimed to have witnessed the wrestling match in front of Offutt’s store in New Salem.

The eyewitness accounts tended to be contradictory, and there are several variations of the story. The general outline, however, is always the same

Lincoln’s wrestling skills were celebrated in a TV ad for Diet Mountain Dew in which Lincoln strips off his shirt during the Lincoln-Douglas debates and begins throwing people off the stage. The tagline: “FACT: Lincoln’s favorite sport was wrestling.”

Sports Illustrated notes that Lincoln was not our only wrestling president. Other grapplers who made it to the White House include George Washington (school champ at the Reg. James Maury’s Academy in Fredricksburg, Va.), Andrew Jackson, Zachary Taylor, Ulysses S. Grant, Chester A. Arthur, Theodore Roosevelt and William Taft, who “mastered a wicked move called the Flying Marc that savagely flipped an opponent to the ground.”

Note: Thanks to politifact.com for copy