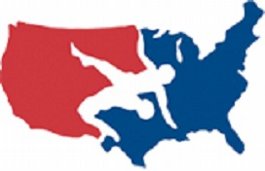 A committee of highly-respected leaders within the American wrestling community has been formed, whose mission is to insure that wrestling remains as a core sport of the Olympic Games.

The group is called the Committee for the Preservation of Olympic Wrestling (CPOW), and is chaired by Bill Scherr of Glenview, Ill., a World champion and Olympic medalist in freestyle wrestling, who help spearhead the Chicago 2016 Olympic bid effort and is a top businessman in the financial services industry.

Named as the spokesman for CPOW is Mike Novogratz of New York, N.Y., a highly respected business leader who was the Team Leader for the 2012 U.S. Olympic freestyle wrestling team, the chairman of Beat the Streets in New York and a top college wrestler for Princeton.

John Bardis of Alpharetta, Ga. was selected by the committee to serve as Director of Development and Finance. Bardis served as the Team Leader for the 2008 U.S. Olympic Greco-Roman Team and is also a major business leader. Bardis was a successful high school and college wrestler.

Also on the committee is sports executive Jim Scherr of Colorado Springs, Colo. Currently Commissioner of a college hockey conference, Scherr was the CEO of the U.S. Olympic Committee and a past USA Wrestling Executive Director.

Lee Roy Smith, the Executive Director of the National Wrestling Hall of Fame and a World silver medalist in freestyle serves on the committee. Roger Frizzell, an NCAA All-American and leader in the public relations community is involved, as is Michael DerGarabedian, a successful attorney and past college wrestler.

Wrestling legends who are also members include World and Olympic champions Bruce Baumgartner, Dan Gable and Rulon Gardner, and two-time Olympians Kerry McCoy and Clarissa Chun. They have been successful as leaders off the mat as well.

“We have engaged many of the most connected and brightest minds in our sport, an all-star leadership group. We have a great opportunity to show the world why wrestling belongs on the Olympic program,” said USA Wrestling Executive Director Rich Bender, who is also a CPOW member.

COMMITTEE FOR THE PRESERVATION OF OLYMPIC WRESTLING (CPOW)

The mission of the Committee for the Preservation of Olympic Wrestling is to insure that wrestling remains as a core sport of the Olympic Games.

We intend to accomplish this mission by: