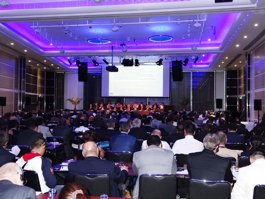 Statement below from Malcolm Morley, Chairman of British Wrestling Association

British Wrestling was surprised and very disappointed by today’s recommendation of the International Olympic Committee (IOC) Executive Board to remove wrestling, one of the oldest Olympic sports, as a core sport from the 2020 Games and beyond.

Wrestling is one of the oldest sports known to man. It was one of the founding sports of the original Greek Olympic Games in 776 B.C. and apart from the Stockholm Olympics in 1912, Wrestling has been part of the all the Olympic Games of the modern era that began in 1896.

However, Wrestling has not rested on its laurels, moving with the times to adapt to the modern TV-led Olympic environment through successive rule changes to ensure explosive and exciting matches. In 2004 it introduced Female Wrestling to the Olympics with great success, achieving the gender balance required by the IOC. The atmosphere in the Wrestling arena in London 2012 was buzzing.

Wrestling is also one of the most diverse sports in the world, with participation across 180 nations from all continents. It is an inclusive sport which provides opportunities worldwide, regardless of wealth, geography, race, gender or physical characteristics.

A sucessful Olympic wrestler has to be a supreme athlete, combining immense strength, explosive power, speed of movement, agility, flexibility, balance and quick reactions. The Olympic movement is meant to be all about athleticism and talent and there are few sports in the Olympic programme that require an athlete to be master of all these disciplines – the complete package.

British Wrestling will engage with the international effort to insure that wrestling remains on the Olympic programme when next debated in May and September of this year.

Wrestling continues to grow at grassroots level in the UK with new coaching programmes enabling greater participation in schools. It is also one of the 17 Commonwealth Sports and the Home Nations have great potential to medal in both Glasgow 2014 and Gold Coast 2018 Games in Australia.

Whilst growing local grassroots participation, British Wrestling will continue to support its world class wrestlers to achieve medal success for Team GB in the Rio 2016 Olympics and to support wrestling on an international level.