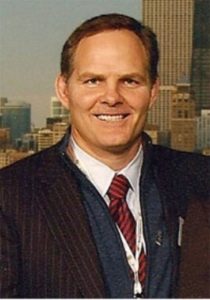 CPOW CHAIR BILL SCHERR: A shout out to UFC

As wrestling fights for its life to stay in the Olympic program, it is important to celebrate and understand the Ultimate Fighting Championships. It has become a tremendous source of pride and entertainment for the wrestling community and offers much that wrestling can learn from and emulate. They have also provided a showcase for the great skills wrestling develops and have highlighted many of wrestling’s greatest athletes.

The UFC is the largest mixed martial arts promotion company in the world. Based in the United States, they have a long-term contract with FOX television and average 4 or 5 million viewers per show. They have achieved more than a million “buys” on pay-per-view broadcasts for individual fights on multiple occasions. UFC is also a truly global phenomenon with events expanding around the world and programming in over 130 countries. It is one of the most valuable sports franchises on the planet with private estimates of an enterprise value surpassing that of the New York Yankees or Manchester United franchises.

Every wrestling fan’s chest should swell to know that the sport has contributed to that amazing success. From the early days of the UFC and the success of wrestlers Dan Severn and Don Frye, wrestling has been a big part of the UFC. Wrestling helped the sport gain momentum as it emerged to mainstream with help from wrestling heroes Randy Couture, Matt Hughes and Chuck Liddell. Today, many of the brightest stars in the sport are wrestlers including Dan Henderson, Chael Sonnen and Jon Jones. And the future of the UFC is bright with many grapplers waiting in the wings to emerge like Johnny Hendricks, Daniel Cormier and Sara McMann. Perhaps one of the sports brightest moments was UFC 100 which showcased wrestling great Brock Lesnar against Frank Mir and generated 1.7 million pay-per-view “buys.”

As much as wrestling has done for the UFC, the UFC has given back more to the world’s oldest and greatest sport. Prior to the UFC, the average person walking down the street had no idea what the terms foot sweep, double-leg takedown or a body lock were describing. Today, due to the UFC, most would know and be able to describe these wrestling moves, as well as the importance of being able to defend leg attacks and counter throws. Many mixed martial arts gyms now offer classes in wrestling and many young boys and girls are taking up the wrestling in grade school and high school dreaming of one day getting into the UFC’s octagon. And, perhaps most importantly, UFC fans now know of the great skills that wrestling develops and the tremendous athletes in our sport.

Wrestling is not a mixed martial art and it should not think of itself as such. It should not incorporate fighting disciplines into its organization. Wrestling has its place among the Olympic sports. Wrestling skills are among the most primary and arguably the most essential for success in the octagon. Wrestling is best served by sticking to its knitting and developing the sport of wrestling. Leave the fighting to the professionals.

That being said, wrestling has much to learn from its friends in the UFC. The franchise was on the verge of bankruptcy when brothers Frank and Lorenzo Fertitta and their business partner, Dana White, purchased it for $2MM in 2000. In just over a decade they have turned it into a multibillion dollar franchise. What were some of the elements that helped them become so successful? First, they changed the rules and the sport presentation significantly. They went from a format where the athletes, particularly those from jiu jitsu, were spending much of the time lying on the mat (boring to those outside of jiu jitsu) to standup fights which showcase skills from all of the disciplines. Wrestling is badly in need of rule changes at the international level. They also improved the presentation of the sport. The stage is grand for the athletes and fans. The “octagon” is just plain cool. There are lights and fog and pyrotechnics and the intro music is loud and exciting. Perhaps most importantly, they have learned the value of creating a connection with the fans and their athletes. They tell the stories of their fighters and people respond emotionally. The reality series have helped develop these deep connections to the fighters. And, importantly they make investments in developing the sport at the grassroots level where they hold competitions.

Wrestling is on the verge of a different type of bankruptcy now. It would be a severe blow to be removed from the Olympic program. Now is the time to examine the sport and make changes like they did in the UFC—not only to demonstrate to the International Olympic Committee that wrestling belongs but to improve the sport for the future. The UFC has two upcoming events featuring wrestling greats. On April 13 former Cal Davis wrestler Urijah Faber takes on former Boise State wrestler Scott Jorgensen in the main event in Las Vegas. And, in one of the most anticipated bouts of the year, University of Oregon All-American Chael Sonnen fights Iowa Central Community College JUCO National Champion Jon Jones on April 27th in Newark, NJ. Tune into these fights and watch some great wrestlers. But also, learn something of how to promote and showcase a sport and then apply it to wrestling.

With thanks to the Mat.com