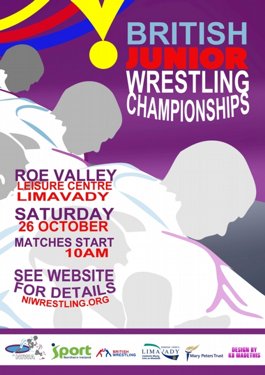 115 Junior wrestlers, 14 volunteer referee/timekeeper/officials, some from the mainland, and a further 20 volunteers for catering and transport combined to make for a memorable 2013 British Juniors, well run by the Northern Ireland Wrestling Association (NIWA,) led by Barry Pollin.

Wrestlers converged from Scotland, England, Wales and Dublin by car, coach, plane and ferry. Some hardy Midlands and Northwest England Clubs braved some 15 hours of travel by coach. 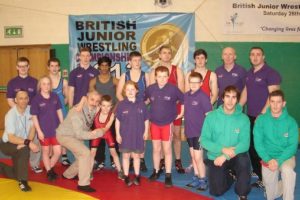 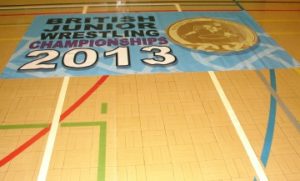 In parallel to the tournament, great progress was marked in Northern Ireland wrestling coaching – coaching being a core driver of long-term growth. 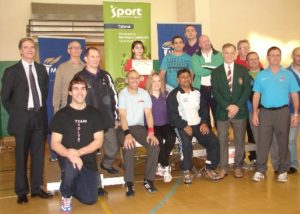 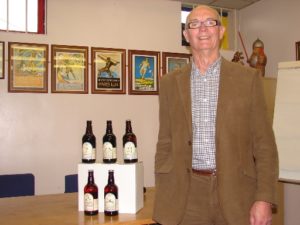 On a lighter note, The NIWA presented Malcolm Morley with a round of golf at the City of Derry Golf club to thank him for his support for growth of the NIWA over the years. 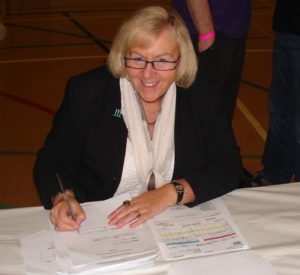 Visiting Northern Ireland under the auspices of a NIWA-organised tournament is a truly holistic experience with a mix of challenging competition, co-ordinated travel and airport pickups and a memorable social programme. 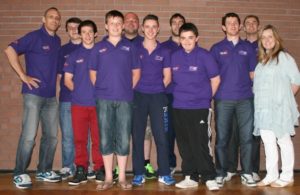 Current wrestler Majid, patron of Danano Restaurant, City of Derry hosted over 50 championship participants and family members on the Saturday evening at his humming venue. Majid’s hospitality is the final link in the chain of club, accommodation, competition venue, Academy (with construction now started,) city of culture and entertainment venue. Many will be looking forward to the next time they can visit Northern Ireland. 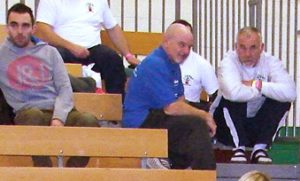 Perhaps that will be to the true legacy of the competition – the Wrestling/Judo/Climbing Academy emerging with the support of City of Derry Council.
Sport England too is watching with interest this co-operative project. It is a role-model for its own Judo-led Olympic Combat Sports initiative where five sports take on a combined approach wherever possible – Wrestling, Judo, Boxing, Taekwondo and Fencing. 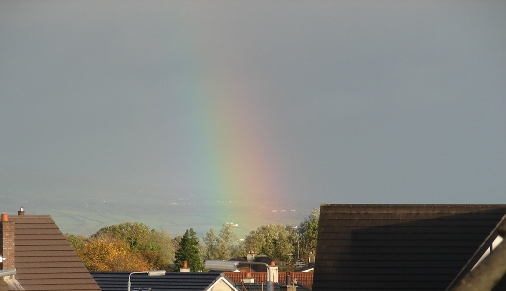