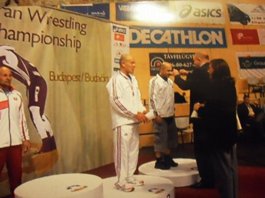 Congratulations to Hossein Azgharyzadegan for achieving Bronze Medal in the 69kg class (Division “D” 51 – 55 years) on 19th September 2012 at the Veteran World Championships in Hungary.

Injured in his first bout against Murray Shore (SWE,) Hossein went to hospital.

But he came back to wrestle Russian Artur Konstantinov – who was also injured.

Hossein battled hard until the Russian, realising he could not beat Hossein, retired. 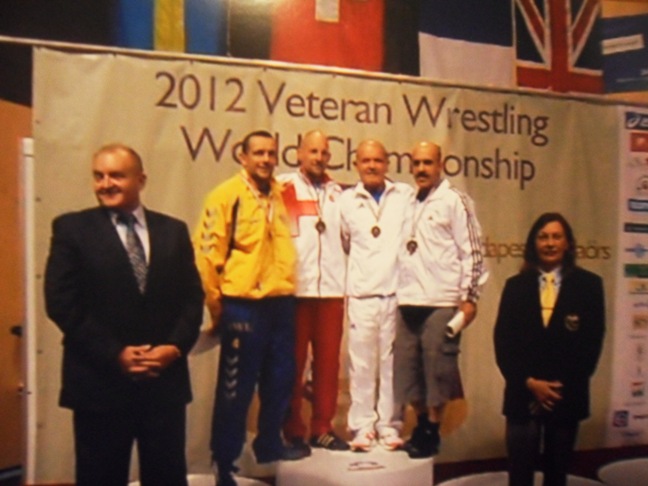